CDC Report Finds Nearly 7,000 Americans Out of 13.7 Million Have Had A Reaction to COVID Vaccines 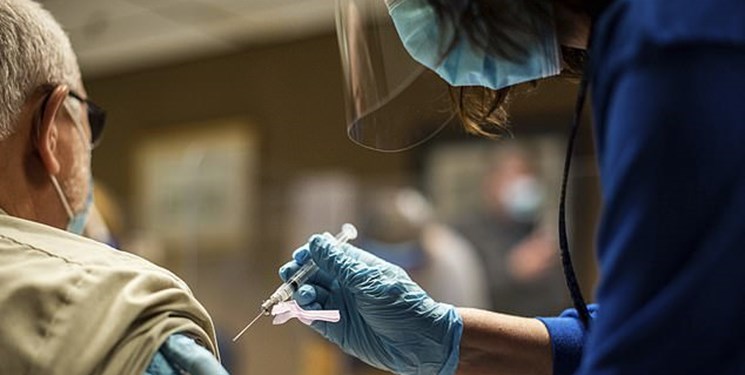 TEHRAN (FNA)- Thousands of Americans have experienced bad reactions after receiving coronavirus vaccines, according to a new report.

Nearly 7,000 people had an "adverse event" after being given either the Pfizer-BioNTech or the Moderna shot, the Centers for Disease Control and Prevention (CDC) revealed on Friday, The Daily Mail reported.

However, fewer than 10 percent of patients had a reaction like anaphylactic shock that was classified as "serious" by the agency's Vaccine Adverse Event Reporting System (VAERS).

What's more, around 1.5 percent of people died after being immunized between mid-December and mid-January, but two-thirds of these deaths occurred among long-term care facility residents, most of whom had underlying conditions.

As of Friday, more than 57.7 million people in the US have received at least one dose of the COVID-19 vaccine.

For the report, published in the CDC's Morbidity and Mortality Weekly Report, the agency looked reports sent to VAERS between December 14, 2020 and January 13, 2021.

During this period, the first and second doses of Pfizer-BioNTech vaccine and the first dose of Moderna vaccine were being administered.

Over the course of a month, there were 13,794,904 vaccine doses administered, and 6,994 reports of adverse events that were submitted to VAERS.

This means just 0.05 percent of all patients during this time experienced some type of reaction.

About 98 percent were among people not living in long-term care facilities.

The majority of the reports - more than three-quarters - occurred in women.

However, this may be due to the fact that frontline healthcare workers were among the first to be vaccinated, most of whom are female.

The most common side effect reported from either vaccine was headache, which was experienced by 22.4 percent of patients.

This was closely followed by fatigue and dizziness, which was reported by 16.5 percent of patients each.

Other symptoms included myalgia, chills, fever, injection site swelling, joint pain  and nausea - most of which disappeared after seven days.

During this time period, there were sixty-two confirmed cases of a life-threatening allergic reaction known as anaphylaxis.

Anaphylactic shock is a severe and potentially life-threatening reaction to an allergy from food, medicine or even a type of material.

The immune system releases chemicals that flood the body, blood pressure suddenly drops, and airways narrow, which prevents someone from breathing normally.

Symptoms usually occur within minutes and include hives, a weak pulse, nausea, vomiting, dizziness and a swollen tongue or throat.

If not treated immediately, it can lead to death.

Of the 62 cases, 74.2 percent occurred after patients were given the Pfizer vaccine and 16 cases after receipt of the Moderna vaccine.

Previous reports from the CDC have indicated this reaction is more common in the Pfizer vaccine, although why is unclear.

The CDC says the rate of the life-threatening allergic reaction is 4.5 cases of per million doses compared with one case per million for the flu.

About 1.6 percent of patients, a total of 113, died after receiving the vaccine.

Of the total, there were 35 serious reports of death among non-long term care facility residents.

Record collection is ongoing but the CDC has reviewed 16 death certificates or other data indicating underlying heart disease, cancer, stroke, pulmonary embolism, and otherwise frail health as the causes of death.

Forty-two were in residents in hospice care or with a do-not-resuscitate status while another 17 had death certificates with causes of death including cardiac disease, dementia, pneumonia, and failure to thrive.

The CDC says the findings show that reactions to the vaccine were rare with no unusual or unexpected reporting patterns detected.

"Health care providers and vaccine recipients can be reassured about the safety of Pfizer BioNTech and Moderna COVID-19 vaccines," the authors wrote.

"Counseling vaccine recipients to expect transient local and systemic reactions might ease concerns and encourage completion of the 2-dose vaccination series," they added.

According to the CDC's tracker, a total of 57.7 million people have received at least one dose of the coronavirus vaccine.

Between 1.6 million and 1.7 people are being vaccinated every day, and President Joe Biden is on track to reach his goal of 100 million shots in arms in his first 100 days in office.