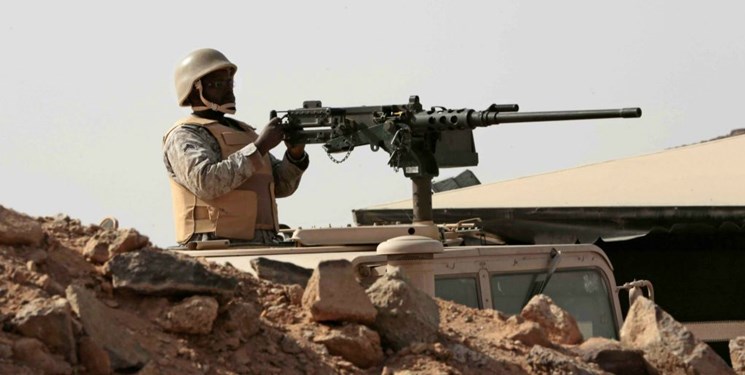 TEHRAN (FNA)- Saudi Arabia announced a “very aggressive” plan to spend more than 20 billion dollars on its domestic military industry over the next decade.

“The government has put a plan that we will be investing in excess of 10 billion dollars in the military industry in Saudi Arabia over the next decade and equal amounts on research and development,” Governor of the General Authority for Military Industries (GAMI) Ahmed bin Abdulaziz Al-Ohali said on Saturday, presstv reported.

Al-Ohali, who was speaking at the hybrid International Defense Exhibition and Conference 2021 (IDEX) in Abu Dhabi said in the next ten years Saudi Arabia planned to invest 50 percent of its military budget in domestic industries.

By 2030, he said, Riyadh also planned to increase its military research and development budget, doubling it from 0.2 percent of armaments expenditure to 0.4 percent.

The new Saudi plan was announced at the kick-start of the conference on The Prosperity and Development of Artificial Intelligence and Advanced Technology and the Protection in the Era of the 4IR.

He said 114 licenses had been issued for 70 companies in Saudi Arabia, adding that about one-fifth of them were “foreign joint ventures, or, full ownership by the foreign companies”.

He said GAMI had established an incentive program where foreign investors can own 100 percent of their investment in Saudi Arabia and be eligible for all the incentives, financial and otherwise, to develop the industry.

Saudi Arabia’s Crown Prince Mohammad bin Salman, known by his initials MbS, who has drawn criticism for pursuing confrontational policies in the region, has already said he wishes the kingdom to produce or assemble half of its military equipment locally.

MbS, who formed close relations with former US President Donald Trump, purchased tens of billions of dollars’ worth of US arms from the Republican president.

The Saudi regime's imports of major arms increased significantly during the Trump tenure.  The Arab state was the world’s largest weapons importer from 2015 to 2019, according to the Stockholm International Peace Research Institute (SIPRI).

Saudi Arabia, which has been engaged in a deadly war on Yemen, reportedly continues to import weapons from some Western countries, the United States and Britain in particular.

The UK Department for International Trade released a report earlier this month that showed Britain had signed off on arms exports worth nearly 1.9 billion dollars to Saudi Arabia between July and September 2020.

Since the Saudi-led campaign against Yemen began in March 2015, the UK has licensed billions' worth of arms sales to the Saudi regime in the form of aircraft, helicopters, drones, as well as grenades, bombs, missiles and countermeasure devices.

The real figures related to the UK arms sales to Saudi Arabia are said to be very much higher, with most weapons sales done secretively via the Open License system.