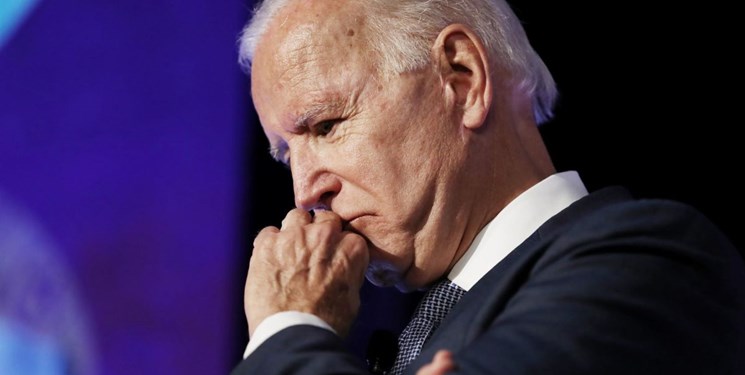 “US President Joe Biden has spurned predecessor Donald Trump’s Iran policy [only] in words,” Zarif said in an interview with Press TV, stressing that Tehran has roundly rejected the demands of the US and some of its regional allies to include Iran’s missile program and regional influence in the nuclear talks.

“Therefore, with Iran pressure does not work, and ‘maximum pressure,’ in their own words, has led to ‘maximum failure,’” he said.

The foreign minister noted that the Americans should come to their senses and realize that with Iran only respect works.

Zarif reiterated that Paragraph 36 of the JCPOA enables Iran to take reciprocal move against failure by other sides to implement their obligations.

“The Islamic Republic has not violated the agreement,” he stated, adding, “it has simply implemented the remedial steps that it entitled to in line with the deal.” 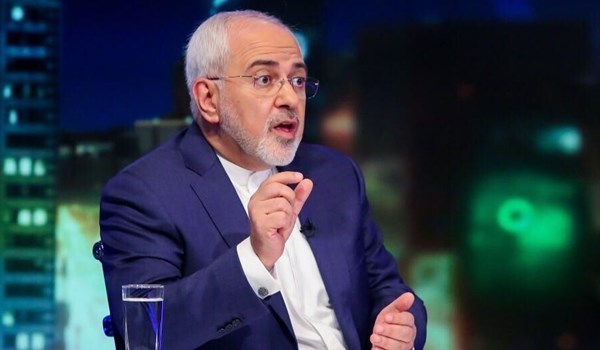 The senior diplomat referred to a parliamentary law that obliges the government to take the latest step in its retaliation, namely the planned suspension of the International Atomic Energy Agency (IAEA)’s inspections of the country’s nuclear program, saying, “the law holds the government responsible to halt voluntary implementation of the additional protocol.”

“It’s not just signing, it’s the impact,” Zarif said, noting how the US allies failed to implement even a single one of their obligations following Washington’s illegal and unilateral withdrawal from the agreement.

He also warned that the Israeli regime possesses the Dimona nuclear facility, which he dubbed as the sole “nuclear bomb factory” in the region.

“Yet, a recent report by the Guardian about secret expansion of the facility was not met by even an expression of concern on the part of the US or its European allies,” the minister added.

“Therefore, while the Zionist regime is allowed to go ahead with such non-conventional activities, any talk about concerns about Iran’s peaceful nuclear energy program is nonsense,” Zarif noted.

In relevant remarks on Friday, he deplored the leaders of Britain, France, Germany and the US, and the UN nuclear watchdog for keeping mum about Israel’s effort to enhance its lethal nuclear facilities, and warned against Tel Aviv’s measure to expand Dimona, the only nuclear bomb factory in the region.

“Gravely concerned? Concerned? A little? Care to comment? I thought so,” he went on to write.

Newly-released satellite images revealed that the Israeli regime — the sole possessor of nuclear arms in the Middle East — is conducting “significant” constructive activities at the highly-secretive Dimona nuclear facility in the Negev Desert.

Citing commercial satellite imagery of the facility, the International Panel on Fissile Material (IPFM), a group of independent nuclear experts from 17 countries, reported Thursday that “significant new construction” had been underway at the Dimona complex.

The construction site sits “in the immediate vicinity of the buildings that house the nuclear reactor and the reprocessing plant”, the report said.

The IPFM’s website said the construction had “expanded and appears to be actively underway with multiple construction vehicles present”, adding, however, that the purpose was not known.

It was unclear when the construction work began, but Pavel Podvig, a researcher with the program on science and global security at Princeton University, told The Guardian that the project had apparently been launched in late 2018 and 2019.

“But that’s all we can say at this point,” he added.

Israel has tightly withheld information about its nuclear weapons program, but the regime is estimated to be keeping at least 90 nuclear warheads in its arsenal, according to the non-profit organization Federation of American Scientists (FAS).

The warheads, FAS said, had been produced from plutonium obtained at the Dimona facility’s heavy water reactor.

Dimona, which is widely believed to be key to Israel’s nuclear arms manufacturing program, was built with covert assistance from the French government and activated sometime between 1962–1964, according to reports.

Israel has acknowledged the existence of the Dimona nuclear reactor, but neither confirms nor denies the purpose of the facility, which is assumed to be widely assumed to be the manufacturing of nukes.

Meanwhile, environmentalists have warned that Dimona — one of the world’s oldest nuclear facilities —could pose enormous environmental and security threats those living in the area and to the entire Middle East, calling on the regime to shut down the complex.

Turning a deaf ear to international calls for nuclear transparency, the regime has so far refused, with the US’s invariable support, to join the Non-Proliferation Treaty (NPT), which is aimed at preventing the spread of nuclear weapons.

In relevant remarks early January, Iran’s Ambassador and Permanent Representative to the Vienna-based International Organizations Kazzem Qaribabadi, in his letter to the Director-General of the International Atomic Energy Agency Rafael Grossi, warned him over the Israeli secret nuclear weapons program, stressing that such activities pose a serious threat to regional and global security and stability.

He emphasized the necessity of Zionist regime’s prompt and unconditional joining to the NPT and giving full access of its nuclear facilities to the IAEA.

The envoy urged the UN Nuclear Watchdog to draw the attention of all NPT members to the threats posed by Tel Aviv as a result of its nuclear weapons and request them to support the issue at the meetings of the IAEA Board of Governors and the General Conference as well as the NPT tenth Review Conference.

“All in the West Asian region, except the Israeli regime, are parties to the NPT,” Qaribabadi said, adding that the development of a clandestine nuclear weapons program by Israel continues to pose a serious threat not only to the security and stability of the region and the world but also to the effectiveness and efficiency of the NPT and the Agency's safeguards regime.

“It should be rejected promptly and without any prejudices. Needless to say that Israel is not also a party to any of other major treaties governing weapons of mass destruction (WMD) non-proliferation,” he went on to warn.

The Iranian envoy further said that such resolution reflects the concerns of the States Parties to the Treaty about the dangerous situation in West Asia resulting from the presence in the region of nuclear activities not subject to the IAEA safeguards, which puts regional and international peace and security at risk.

He also noted that the Zionist regime kept developing an advanced nuclear weapons program despite the resolutions adopted by the IAEA General Conference from 1987 to 2010.

Qaribabadi requested the IAEA chief to take necessary measures to address the mentioned concerns and subsequently inform the member states of the results.

In relevant remarks in November last year,Iranian Ambassador and Permanent Representative to the UN Majid Takht Ravanchi called on the International Atomic Energy Agency (IAEA) to monitor the nuclear programs of both Saudi Arabia and Israel.

Takht Ravanchi made the remarks at a virtual meeting of the UN General Assembly on Wednesday November 11, 2020 that endorsed the IAEA’s annual report.

Referring to Iran’s cooperation with the IAEA, Takht-Ravanchi said Iran alone receives 22 percent of all the agency’s inspections even during the coronavirus pandemic.