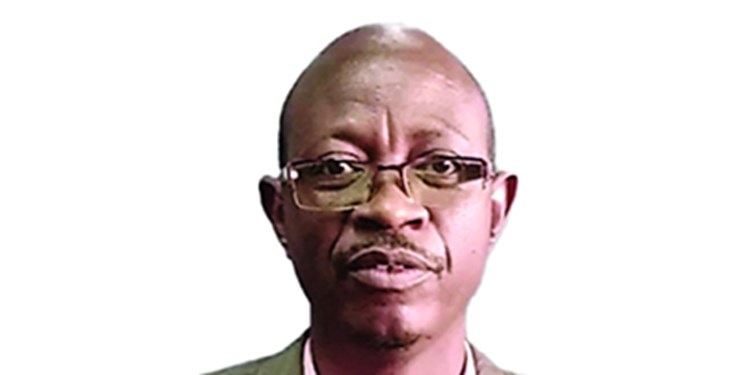 TEHRAN (FNA)- Mohamed Fazari, Sudanese journalist, says the people of Sudan fear normalizing the political relations with Israel will excessively empower the military against the democratic values of the country.

Speaking in an interview with FNA, Mohamed Fazari stressed the transitional government has no mandate to deal with this issue, and added, “Normalizing ties with Israel without parliament approval will raise anger on the streets and lead to more demonstrations. People in Sudan consider the UAE as the mastermind of normalizing relations between the Arab world and Israel, and they believe the normalization might later help the military establish a regime similar to el-Sisi in Egypt.”

Mohamed Fazari is a journalist and political analyst based in Khartoum. He works as the editor for the Sudanese national newspaper of Khartoum Today, and a reporter for international TV news channels.

Q: Sudan’s Minister of Information, Culture, and Tourism Faisal Mohamed Saleh says the US has exerted extreme pressure on Sudan to normalize ties with Israel. Why is that the case?

A: Sudan has been under US economic sanctions and on the List of States Sponsoring Terrorism (LSST) for more than 27 years. The US made bargain on lifting Sudan from this notorious list in return to normalizing ties with Israel, the thing which the government components do not have similar stance yet; only the military is for normalization, and most of civil side is against normalization considering the Palestinian Cause, and the right of Palestinians to establish their own government and live on their own state.

Q: Some of the political parties have rejected normalization of ties with Israel, some of them vowed to block the deal through legal actions. Do you think Sudan’s legislative council will approve the deal?

A: For sure approval of normalizing relations with Israel cannot work out without the popular mandate. The Sudanese people have the right on foreign relation particularly with Israel. Khartoum hosted Arab League summit of 1967 which led to final communique known as the Khartoum Declaration, which stipulates No Negotiation, No Recognition and No Peace with Israel. Majority of the Sudanese people still resist such ties, as the crime of Israel in the Gaza Strip and West Bank are still fresh in their minds. Among these is the Umma Party led by the late Sadiq al-Mahdi, who used to resist normalization with Israel together with the Arab Nationalists and Islamic parties.

If the legislative Council approves the normalization, it will be because of the newcomers from the armed movements, as all of them are for the normalization. The Forces of Freedom and Change party is no longer powerful like before, that is why the military grab the opportunity to pass this controversial issue in this difficult time; but there is no doubt they will with loud voice reject the normalization.

Q: Does the transitional government have the mandate to directly sign a deal with Israel?

A: A Sudan-Israel deal will jeopardize the transitional period as a whole. This will also add more tension in the government which has no mandate to deal with such big issue. The government is the coalition of the key parties and the normalization will make a big split among the body of FFC as leftist, and the right parties which strongly reject the deal. Normalizing ties with Israel without parliament approval will raise anger on the streets and lead to more demonstrations. People in Sudan consider the UAE as the mastermind of normalizing relations between the Arab world and Israel, and they believe the normalization might later help the military establish a regime similar to el-Sisi in Egypt. Thus, the move will represent serious violation of human rights and the democratic process.