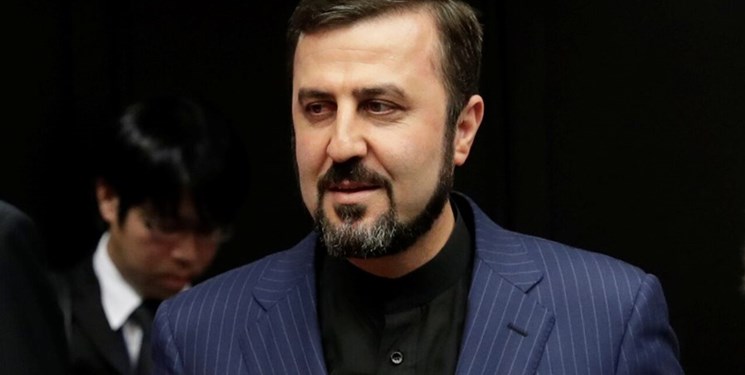 TEHRAN (FNA)- Iranian Ambassador and Permanent Representative to International Organizations in Vienna Kazzem Gharibabadi said on Monday that Tehran will fully implement the recent parliament approval and will provide the UN nuclear watchdog agency with no access beyond the IAEA Safeguards Agreement.

Speaking to reporters on the outcome of IAEA chief talks with Iranian officials, Gharibabadi said that during the meetings the IAEA acknowledged respect for Iranian Parliament law.

Iran and IAEA agreed to stop implementation of Additional Protocols for three months and that Iran will merely implement the IAEA Safeguards Agreement.

As it was outlined in the Annex to the Agreement, Iran will hold monitoring information for three months, he added.

During this period, IAEA will have no access to information, he said adding that if sanctions are lifted within three months, Iran will give the tape monitored over the past three months to the IAEA, otherwise all information will be deleted.

Due to security considerations and the need to conceal the key Iranian facilities' location, the annex to the statement, will remain confidential, he noted.