Biden Virus Chief: US Political Divide over Masks Led to Half A Million COVID-19 Deaths 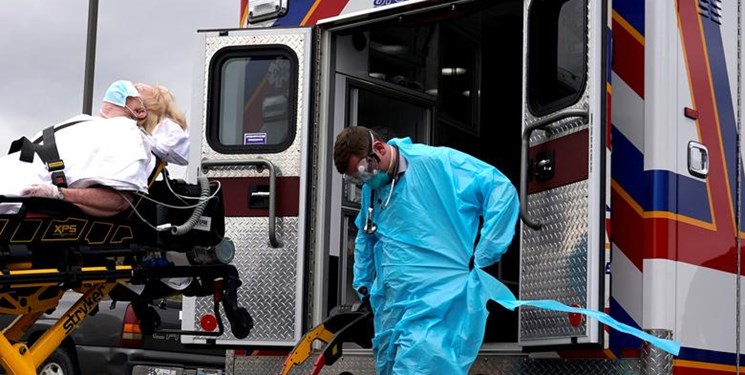 TEHRAN (FNA)- Dr. Anthony Fauci, the nation’s leading infectious disease expert, said on Monday that political divisiveness over the use of masks contributed to the US coronavirus death count.

Fauci made the comments on the same day the country's death toll reached half a million people one year after the start of the pandemic.

Calling the grim milestone "stunning" in an interview with Reuters, Fauci said the divide over mask wearing, which split Americans politically during a presidential election year, turned the public health measure into a political statement.

“Even under the best of circumstances, this would have been a very serious problem,” Fauci added.

“However, that does not explain how a rich and sophisticated country can have the most percentage of deaths and be the hardest-hit country in the world,” Fauci stated.

Fauci also called the disregard by some governors and mayors of recommendations for how to reopen the country safely after near-nationwide lockdowns last spring "incomprehensible".

“When the American spirit is so divided, that really, really made me sad,” he continued.

While Fauci would not lay all the blame on the former Donald Trump administration, he noted "the lack of involvement at the very top of the leadership in trying to do everything that was science-based was clearly detrimental to the effort".

While the US has 4 percent of the world’s population, it has almost 20 percent of all coronavirus deaths, according to Reuters.

“This is the worst thing that’s happened to this country with regard to the health of the nation in over 100 years,” Fauci noted.

Fauci told Reuters that it was difficult to predict when the pandemic would be over due to the emergence of new coronavirus variants from South Africa and Brazil. Some studies have indicated that these strains are more resistant to the existing coronavirus vaccines.

Fauci has suggested that Americans could get pre-pandemic life back by Christmas but has warned restrictions could last until next year.

President Joe Biden on Monday mourned the more than 500,000 Americans lost to the novel coronavirus and called for unity in the battle against the pandemic.

In personal remarks from the White House, Biden reflected on the “truly grim, heartbreaking milestone” of surpassing 500,000 US deaths from COVID-19. He described his own experiences of grief and losing loved ones as he paid tribute to those who have died over the past year.

“As a nation, we can’t accept such a cruel fate,” Biden said, adding, “While we have been fighting this pandemic for so long, we have to resist becoming numb to the sorrow. We have to resist viewing each life as a statistic or a blur or on the news. We must do so to honor the dead but, equally important, care for the living, for those left behind.”

Biden noted at the outset of his address that he carries a card every day that shows him the number of Americans who have died from COVID-19.

"The birthdays, the anniversaries, the holidays without them. And the everyday things — the small things, the tiny things — that you miss the most: that scent when you open the closet, that park that you go by that you used to stroll in. That movie theater where you met. That morning coffee that you shared together," he stated.

Biden and first lady Jill Biden along with Vice President Harris and second gentleman Doug Emhoff participated in a candle lighting ceremony and moment of silence at the White House to mark the lives lost following the president's speech.