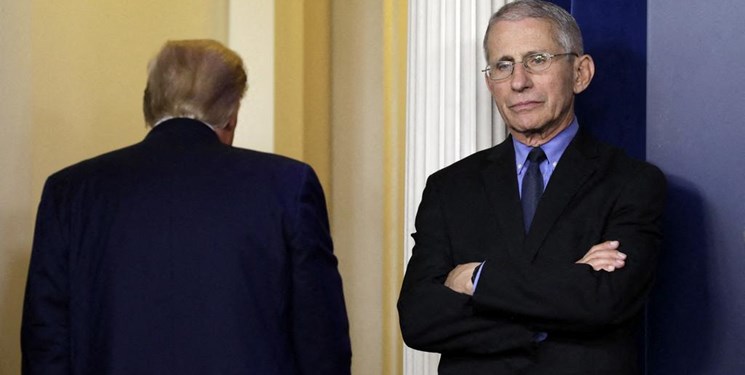 TEHRAN (FNA)- Dr. Anthony Fauci stated that the US's response to the coronavirus was among the worst on the planet.

The director of the National Institute of Allergy and Infectious Disease spoke with ABC News about the US's failure to contain and suppress the virus.

"We've done worse than most any other country," Fauci said, adding, "And we're a highly-developed rich country."

He noted that early predictions of 250,000 deaths were written off as "hyperbolic", and stated that "now here we are with a half a million deaths".

The comments come on the same day that President Joe Biden plans to honour the half a million Americans who have died as a result of the coronavirus. On Monday, Biden participated in a candlelight vigil and moment of silence to honour the dead.

Since Biden took office, he has frequently voiced his desire to fast track vaccinations and bolster the immunisation effort in the US.

Fauci told CNN that he believed the US needed to increase the number of individuals it was vaccinating each day. Currently the US vaccinates 1.5mln people each day. Fauci believes that number needs to be at least 2mln daily.

The doctor said Americans may still be wearing masks outside their homes a year from now, depending on how quickly and effectively the country can vaccinate the populace. He also pointed to the rise of variant coronavirus types as a potential cause for longer-term mask use.

“I want it to keep going down to a baseline that’s so low there is virtually no threat,” Fauci noted, adding, “If you combine getting most of the people in the country vaccinated with getting the level of virus in the community very, very low, then I believe you’re going to be able to say, for the most part, we don’t necessarily have to wear masks.”

Since returning to the public view working under the Biden administration, Fauci has announced he wanted to "let the science speak" when he provides updates and suggestions regarding the virus.