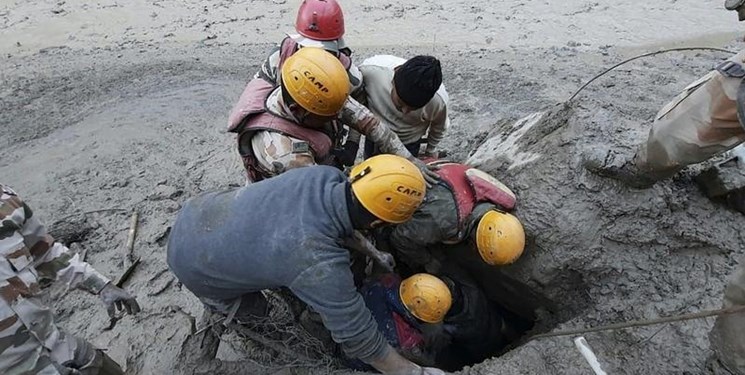 TEHRAN (FNA)- The Northern Indian state of Uttarakhand has declared dead all 135 people missing in the glacier burst flood earlier this month, media reported on Tuesday.

According to The Hindustan Times newspaper, the state’s Health Secretary Amit Negi signed an official notification to begin issuing death certificates to the families of those missing.

“In exceptional circumstances, like the Chamoli disaster, if a missing person is possibly dead beyond all possibilities of being alive but his body is yet to be found, in that case the authorities could declare him dead by issuing the death certificate to his family members after a required inquiry,” the notification read.

Officials are still dealing with the material damage left in the wake of the incident. A day prior, regional ministers held a cabinet meeting to discuss the risks posed by an artificial lake that formed in one end of the valley, the daily reported.

On February 7, a glacier in the Chamoli district breached sending torrents of mudwater rushing through the valleys of the Himalayan state, sweeping away villages and destroying dams. Of the 204 initially reported missing, just 69 bodies were recovered.