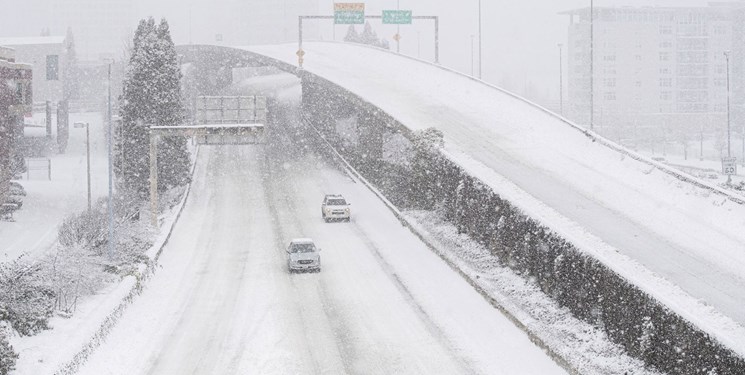 TEHRAN (FNA)- Texas Attorney General Ken Paxton, accompanied by his wife, state Senator Angela Paxton, traveled to Utah last week while his home state was being ravaged by a massive snow storm, according to what Paxton’s campaign Spokesman Ian Prior told The Dallas Morning News on Monday.

According to the Spokesman, the trip was "planned" and involved a meeting of Paxton with his Utah counterpart, Attorney General Sean Reyes, the goal of which was to discuss issues, particularly a multi-state antitrust lawsuit against Google.

“I cannot further share additional details or the specific reasons on the need for the meeting concerning Google as it involves an ongoing investigation,” Prior told the outlet.

He also revealed that Paxton's house, like the households of hundreds of thousands of other Texans, suffered a power outage, but outlined that the state's AG did not leave Texas “until after power had returned to most of the state, including his own home”.

Last week, reportedly on the day he met with Reyes, Paxton took to Twitter to slam ERCOT and energy companies for "jacking up" prices for electricity.

"ERCOT & other energy cos have slipped & fallen on their faces & it’s not the ice’s fault. They have left 3+ million homes w/o power for days, including my own. What do they do in response? Jack up prices, go silent, make excuses, & play the blame game. It’s unacceptable!" he tweeted.

While it remains unclear whether the Paxtons have returned to Texas, they mark the third time a state political figure has appeared to flee the Lone Star state as it deals with the aftereffects of a deadly winter nightmare. Earlier, State Rep. Gary Gates flew to Florida, claiming family reasons, according to The Houston Chronicle.

“My wife is still recovering from an illness she has been battling for two weeks, and the room of my adult daughter, who is mentally handicapped and still lives with us, flooded,” Gates said, responding to condemnation he faced after he left Texas.

Another wave of criticism over the move to travel out of the disaster-stricken state hit Republican state Senator Ted Cruz, who was revealed to have flown to Cancun, Mexico, last week. When the photos of the senator registering for his flight to Mexico emerged online, Cruz faced intense backlash, crowned with a hashtag "#TedFled".

After the massive denouncement, the Senator stated that his trip to Cancun was "obviously a mistake".

"In hindsight, I wouldn't have done it. I was trying to be a Dad," Cruz offered, claiming that he flew with his daughters who asked him to get away from the freezing house.

Soon after the news of his trip emerged, Cruz returned to Texas, only to meet protesters near his house demanding his resignation.

Last week's blizzard that engulfed the central US regions affected Texas severely, leaving millions of residents without electricity and damaging the water infrastructure system. Over the weekend, US President Joe Biden declared a disaster emergency in the Lone Star state.