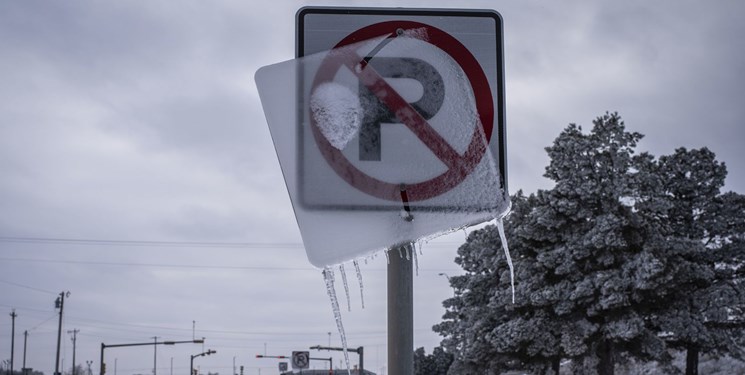 TEHRAN (FNA)- Nearly eight million Americans in Texas are still grappling with water disruption after a record-breaking freeze knocked out power stations in the state last week, according to reports.

"As of 6 pm Central Time Monday, more than 1,200 public water systems have reported disruptions in service due to the weather, many of them leading to Boil Water Notices. This is affecting more than 7.9 million people, in 202 Texas counties," a Texas Commission on Environmental Quality (TCEQ) Spokesman said in a statement, World News reported.

Millions of people in the state were advised to boil water before using it, though most of power plants were back online over the weekend and power had been restored to most homes as the weather returned to normal, according to US media.

"A total of 147 PWSs (public water systems) serving a population of more than 33,000 people are non-operational. In addition, 4 PWSs wastewater treatment facilities have reported as non-operational," the TCEQ Spokesman added.

Thousands of residents in Houston, the biggest city in the state, lined up for hours at a food distribution to get drinkable water.

"This is my first time finally getting some drinking water," one Texan without water at home says after two hours on line for relief, adding, "I tried yesterday, but the line was too long."

Texas Air Guard has joined the Texas National Guard and the US military to distribute water.

"About 3.5 million bottles of water have been delivered," Texas Governor Greg Abbott announced in a tweet.

Millions of Texans were left without power and water after deadly cold weather sparked “disasters within the disaster” in the state, which is unaccustomed to extreme cold, with authorities blaming each other over a massive failure of energy infrastructure.

US President Joe Biden approved a major disaster declaration for Texas that makes federal funding available to people harmed by the storm, including assistance for temporary housing and home repairs and low-cost loans.