Erdogan: EU Failed to Do Its Share for 4mln Refugees in Turkey 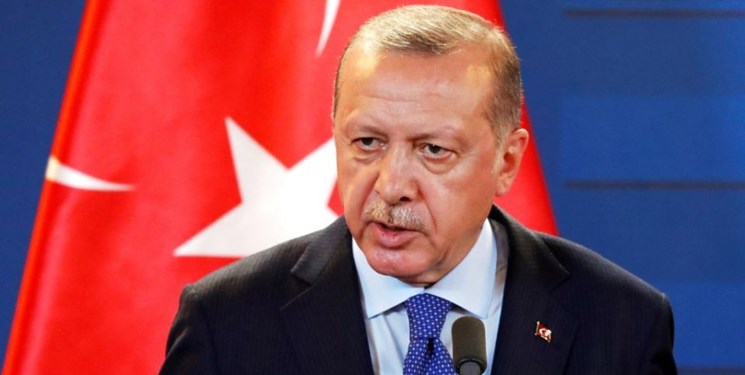 TEHRAN (FNA)- President Recep Tayyip Erdogan on Monday criticized the EU’s double standard of supporting Greece on the issue of migrants but not sharing responsibility for 4 million refugees hosted by Turkey.

“While the EU gives Greece €3 billion [$3.65 billion] for 100,000 refugees, it did not shoulder its responsibility for 4 million refugees in Turkey,” Erdogan said, speaking at a migration conference at a university in Turkey’s Izmir province, Anadolu news agency reported.

An amount of €6 billion [$7.3 billion] in support to be allocated to Turkey under a March 2016 agreement is still not fully released, he stated.

He added that refugees along the Turkish-Greek border have been openly persecuted by Greek security forces, resulting in shameful scenes.

“Humanity has failed [migrants] not only in the Mediterranean, but also in the Aegean and Meric River,” he said, citing the river along the Turkish-Greek border, stressing that in 2020 alone, the Greek Coast Guard committed 9,000 cases of illegal pushback of asylum seekers in the Aegean Sea.

The world also has no idea where and who kidnapped tens of thousands of Syrian children seeking refuge in Europe who disappeared, he added.

“What happened in Syria showed us that raising the walls, fencing the borders with barbed wire, or even sinking the boats of migrants are not solutions,” he noted.

Stressing his country's efforts for refugees and Syrian people, Erdogan said 420,000 refugees from the country have so far returned to the regions that Turkey cleared of terrorists.

Erdogan added that approximately 85% of the world's refugee population is not hosted by wealthy states but by countries which are less developed.

“According to figures from the UN High Commissioner for Refugees, only 39,500 out of 1.4 million refugees waiting to be placed in third countries in the world in 2020 were resettled in 25 Western countries,” he continued.

For over 500 years, the Turkish people have welcomed refugees, taking in migrants from various cultures and religions, he said, adding, “We did not turn down anyone who came to our borders over their ethnic identity, religion, culture, disposition or sect.”

Criticizing US support for the YPG/PKK terrorist group, he stated, “They do not care about refugees but still stand with terrorism and terrorists.”

“What kind of allies are these two countries [Turkey and the US] within NATO?” he asked.

"Turkey will continue to fight terrorism and terrorists everywhere, and will only open its heart [to those friends] as long as they act as friends," he added.

In its more than 35-year terror campaign against Turkey, the PKK --- listed as a terrorist organization by Turkey, the US and the EU --- has been responsible for the deaths of at least 40,000 people, including women, children and infants. The YPG is the PKK’s Syrian branch.

The YPG/PKK has been documented as persecuting Syrians --- including many would-be refugees --- in Northern Syria, along Turkey’s Southern border.

Turkey hosts nearly 4 million refugees, more than any other country in the world. It has been a key transit point for asylum seekers aiming to cross into Europe to start new lives, especially those fleeing war and persecution.

Under the March 2016 deal, the EU allocated €6 billion to support Syrian migrants in Turkey, but Turkey has complained that the funds were allocated belatedly and incompletely.