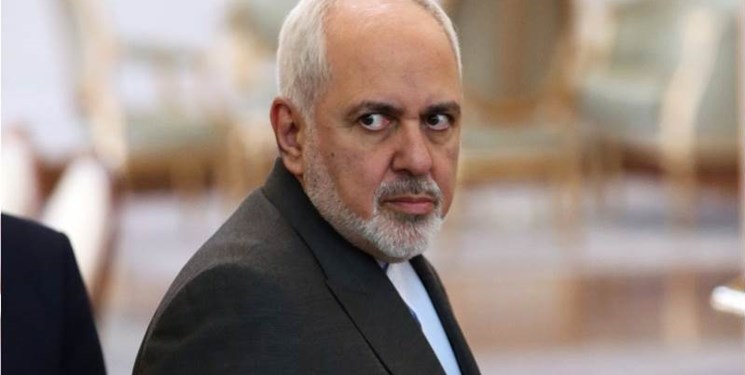 Zarif made the remarks in a phone conversation with his South Korean counterpart, Chung Eui-yong, on Wednesday.

He said that over the past two and a half years, Tehran-Seoul ties have been adversely affected by the “illegal” move of South Korean banks to freeze Iran’s assets, urging swift action to reverse the measure.

“South Korea should provide [Iran with] access to Central Bank funds [blocked] in its banks as soon as possible,” Zarif said.

He added that Iran’s assets were frozen, specially amid the coronavirus outbreak and as the Iranian people are in need of those resources to help them in the battle against the pandemic.

Chung Eui-yong, for his part, said that Seoul is making sincere efforts to release Iran’s assets frozen in the country.

“With regard to Minister Zarif’s request for an early resolution in relation to the issue of the frozen ... funds, Minister Chung explained that the government has been sincerely making utmost efforts,” the ministry said in a release, according to the Korean Herald newspaper.

This came a day after Iranian Government spokesman Ali Rabiei said Iran’s Central Bank Governor Abdolnasser Hemmati had reached a preliminary agreement with the South Korean ambassador that $1 billion of the blocked resources should be released.

But in Seoul, a South Korean Foreign Ministry official told reporters, “The actual unfreezing of the assets will be carried out through consultations with related countries, including the US.”

Earlier this month, a South Korean Foreign Ministry official said his country was finalizing talks with the US on Iran’s payment of its UN membership dues through using some of its frozen assets in the East Asian nation.

Some seven billion dollars in Iranian assets have been frozen in South Korean banks due to the sanctions imposed by the US, which ban dollar-based transactions with Iran. Meanwhile, Hemmati said Wednesday that South Korea would start settling the amount with an initial payment of at least one billion dollars.

During the Wednesday phone conversation, Chung also called on Iran to free the South Korean oil tanker seized by Tehran in its seas since early January.

Zarif said the seizure of the ship was a "technical" issue that is being investigated by the Iranian Judiciary, noting that the Iranian government had spared no effort to provide consular access and all healthcare and welfare services to the ship's crew.

On January 4, the Islamic Revolution Guards Corps (IRGC)’s Navy said the South Korean-flagged MT Hankuk Chemi tanker had been impounded upon a request by Iran’s Ports and Maritime Organization and a verdict by the prosecutor's office of Hormozgan province.

A month later, Iran said that it had given permission to the crew members of the South Korean vessel it had seized for environmental pollution to leave the country in a humanitarian gesture.

“In a humanitarian move by the Islamic Republic of Iran, the crew of the South Korean tanker which was detained on charges of causing environmental pollution in the Persian Gulf received permission to leave the country,” Foreign Ministry spokesman Saeed Khatibzadeh said on February 2.

The official, however, emphasized that the legal procedures concerning the case of the ship and violation of law by its captain were still underway.

In the Wednesday talks, Chung also expressed Seoul‘s support for dialogue between parties to the 2015 Iran nuclear deal on reviving the multilateral agreement.

The fate of the Iran nuclear agreement, officially know as the Joint Comprehensive Plan of Action (JCPOA), hangs in the balance due to the US sanctions and failure of the parties to the accord to live up to their commitments.