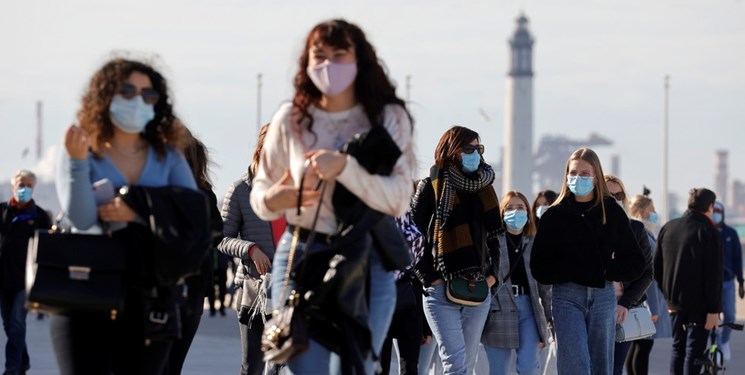 TEHRAN (FNA)- From this Friday, the city of Dunkirk and the surrounding area will enter a weekend lockdown similar to that in Nice, France's Health Minister Olivier Veran announced while warning of an uptick in COVID-19 cases nationwide.

"The epidemic situation is deteriorating in our country," Veran said during a televised news briefing on Wednesday from Dunkirk, where the infection rate has shot up in the last few days.

"We erased in one week the two consecutive weeks of decline that we had recorded so far," the health minister added, referring to France's recent progress in halting the spread of the virus.

Dunkirk's new weekend health measures include a ban on consuming alcohol in public and stricter social distancing limits of 15 square meters per customer for essential retail outlets that remain open.

The policing of the use of face masks will also be toughened, while non-essential travel will be restricted and the city's 10 major shopping centers will switch to click-and-collect service only.

Veran said that the government would also provide the Dunkirk region with an extra 16,700 COVID-19 vaccine doses, as happened in Nice.

Dunkirk in Northern France has been hit hard by the spread of the more infectious UK variant of COVID-19.

By Monday its seven-day incidence rate of the virus had surged to more than 900 cases per 100,000 people – worse than Nice's own figure and more than four times the national average of 205.

On Sunday, officials announced that for the next two weekends, lockdowns would be imposed along the French Riviera, including in Nice and other resorts like Cannes and Antibes.

Under the restrictive new rules, residents in the affected areas are only allowed to leave their homes for one hour within a five-kilometer radius between 6 pm on Fridays and 6 am on Mondays.

Mainland France has seen its COVID rates slowly drop since the government imposed 6 o’clock curfews last month, instead of opting for its third nationwide lockdown of the pandemic.

However, around 10 of the country's 102 territorial areas – or departments – are in a "very worrying situation", Government Spokesman Gabriel Attal told reporters on Wednesday.