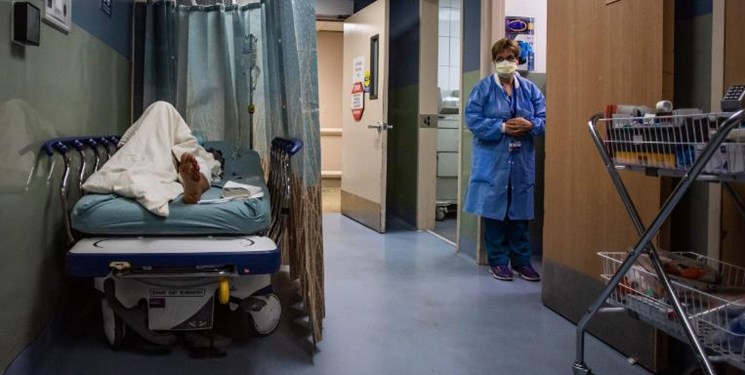 TEHRAN (FNA)- New, highly transmissible COVID-19 variants “stand to reverse” the nation’s control of the pandemic and could “undermine all of our efforts” against the deadly disease if the fatal virus is left to proliferate in different parts of the globe, the head of the US Centers for Disease Control and Prevention (CDC) said Wednesday.

Top US health officials have warned in recent weeks that the emergence of highly contagious variants, particularly the B.1.1.7 strain that emerged in the UK, could reverse the current downward trajectory in infections in the US and delay the nation’s recovery from the virus pandemic, CNBC reported.

The problem isn’t isolated to the United States. As the coronavirus spreads, it makes huge numbers of copies of itself, and each version is a little different from the one before it, experts say. As more people become infected, the more likely it is that problematic mutations will arise.

“Even if you were not necessarily leaning towards wanting to be part of the global health effort, we need to because all of the efforts that we’re doing, that we are moving forward here in this nation, could be potentially undermined in a heartbeat from these variants emerging,” CDC Director Dr. Rochelle Walensky told the National Academy of Medicine and the American Public Health Association on Wednesday.

Scientists aren’t surprised by the emergence of the variants and have reiterated that the currently available vaccines should still work against them, though they might not be as effective as they are against the original “wild” strain.

Moderna announced on Wednesday that it shipped doses of a booster shot that specifically targets the variant spreading in South Africa, known as the B.1.351 strain, to the National Institutes of Health.

“We know this virus knows no geographic borders and addressing this reality is more pressing than ever before, given the rapid proliferation of COVID-19 variants that stand to reverse the progress that has been made to control this pandemic,” Walensky said.

The US is reporting a weekly average of roughly 71,562 new COVID-19 cases per day, a 12% decline compared with a week ago and a significant drop from when average new cases in the US peaked at close to 250,000 cases per day in early January, according to a CNBC analysis of data compiled by Johns Hopkins University.

While not every country is reporting similar declines, global COVID-19 cases in the US have dropped for six consecutive weeks as of Sunday, according to the World Health Organization’s latest situation report published on Tuesday.

The decline is welcome news as countries race to administer their initial doses of COVID-19 vaccines. While some nations have been administering vaccines since December, however, some are just beginning to receive their initial shots.

The first shipment of vaccines delivered through the World Health Organization (WHO)’s COVAX program arrived in Ghana on Wednesday. Some experts have previously said equitable vaccine distribution may be too late since wealthier nations have made their own deals with vaccine manufacturers, claiming their initial supply of doses.

“The COVID-19 pandemic has been a stark reminder of how interconnected we are as a global community,” Walensky added.