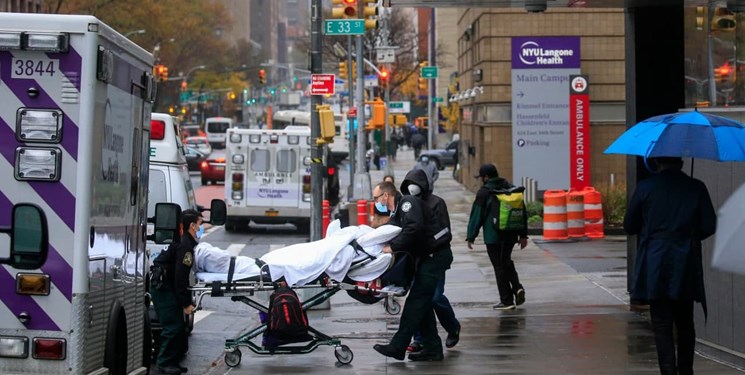 TEHRAN (FNA)- A coronavirus variant spreading in New York City, the US epicenter of the virus last spring, may be more resistant to vaccines, The New York Times reported Wednesday.

The B.1.526 variant is detectable in samples going back to at least November. Researchers at Caltech and Columbia University have conducted studies on the variant, although neither has yet been peer-reviewed or published.

Michel Nussenzweig, an immunologist at Rockefeller University who was not involved in either study, told The Times he considered the variant more worrisome than another detected in California.

“It’s not particularly happy news,” Nussenzweig stated, adding, “But just knowing about it is good because then we can perhaps do something about it.”

Both the California and New York variants are distinct from one believed to have originated in Britain, which is on track to become the most common form of the virus in the US by late March.

Columbia researchers said they found patients carrying the virus mutation were an average of six years older and were at higher risk of having been hospitalized. Patients were geographically clustered in Northern Manhattan neighborhoods such as Inwood and Washington Heights but there were also cases in other boroughs and parts of the metropolitan area.

“We see cases in Westchester, in the Bronx and Queens, the lower part of Manhattan and in Brooklyn,” David Ho, director of the Aaron Diamond AIDS Research Center, told the newspaper, adding, “So it seems to be widespread. It’s not a single outbreak.”

Overall, the variants do not appear to be outright resistant to vaccines, Andrew Read, an evolutionary microbiologist at Penn State University, told the daily.

“These things are a little bit less well controlled by vaccine, but it’s not orders of magnitude down, which would terrify me,” he stated.

Overall, Read said, the need to alter the vaccines to account for new strains “aren’t huge worries compared to not having a vaccine”, stating, “I’d say the glass is three-quarters full, compared to where we were last year.”