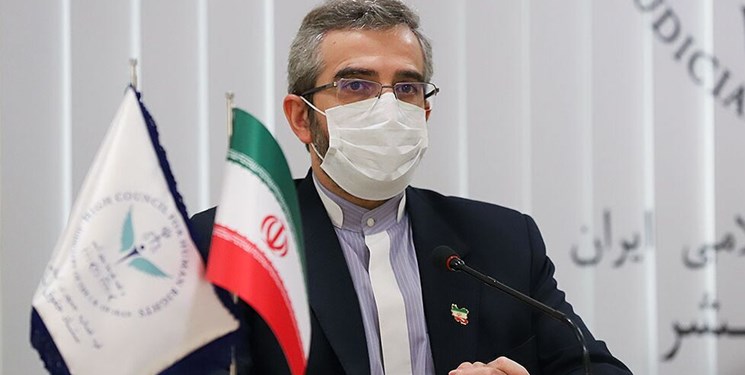 TEHRAN (FNA)- Iran’s Deputy Judiciary Chief and Secretary of Iran's High Council for Human Rights Ali Baqeri Kani said that the US maximum pressure policy has trampled on Iranian people's right, but failed to bring them to their knees.

Although the designers of the "maximum pressure policy" failed to achieve their minimum goals, they succeeded in "maximum violation of the rights of the Iranian nation", Baqeri Kani said.

Nowadays, the supporters of unlawful and criminal sanctions against the Iran, who have blocked access to medical equipment even during the outbreak of the coronavirus, are falsely expressing their concern for the states of the human rights, he further noted.

Despite the American officials' claims of not imposing sanctions on imports of drugs to Iran, some specific medications needed for rare diseases are hard to obtain in the country due to banking embargos that hamper money transactions which causes some Western companies to refuse to sell the necessary drugs and medical equipment to Tehran.

"The US has targeted the Iranian patients and they have planned to pressure those who are consumers of these drugs. Therefore, the vitamins and ordinary drugs are easily accessed in the market but the US is making its utmost attempts to prevent Iran from purchasing the vital medicine and those which are necessary for cancer patients," Head of the Iranian Society of Blood and Cancer of Children Hassan Abolqassemi told FNA.

He added that the crime committed by the US against the Iranian patients is worse than its crime in Hiroshima.

Meantime, Head of Iran Thalassemia Association Yunes Arab said that 90 thalassemia patients lost their life last year due to the lack of drugs and the US sanctions, adding that 60 other young patients also died in the current year.

"They would have been breathing a normal life if it hadn't been for the US sanctions on drugs," he told FNA.

The US embargos have also left impacts on the hemophilia patients.

Also, Sara Nouri, the Managing-Director of Iran's MPS (Mucopolysaccharidosis) Patients Society, told FNA that the Association provides necessary medicine to the MPS patients but it has faced problems after the US sanctions.

"The most important medicine needed for the patients is a type of enzyme and they should receive them weekly," Nouri said, adding that 300 MPS patients have been identified in Iran so far but the number is expected to increase to 1,000.

"For instance, if a patient should receive 50 drugs in a period of time, he/she receives 5 to 10 drugs now due to the problems created by sanctions, and this will inflict serious harm to the patients' health," she warned.

Meantime, Dariush Nasabi Tehrani, the head of Iran's Epilepsy Association, cautioned of the shortage of medicine for the epileptic patients due to the US sanctions.

"Production of a number of medicine has been disrupted for the sanctions and the patients are forced to use the medicine produced by other companies which are highly expensive," Nasabi Tehrani told FNA.

"The embargos make these patients anxious and concerned about shortage of their drugs while they should be assured of easy accessibility to medicine due to the sensitiveness of their disease," he added.