Top US Commander: Iran's Missile Attack Could Have Killed 100 to 150 American Personals 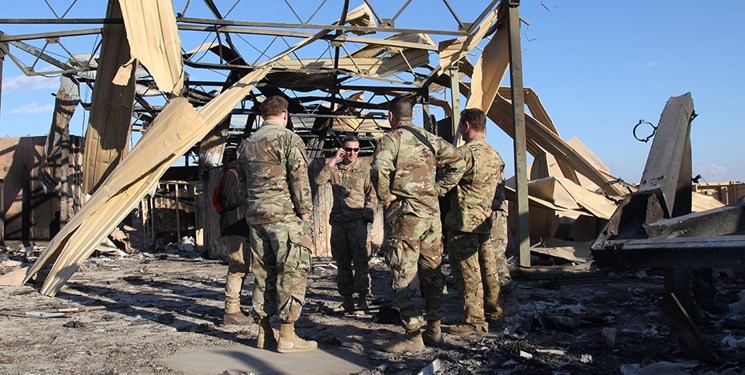 TEHRAN (FNA)- Describing Tehran's retaliatory operation on the Ein Al-Assad in Iraq, United States Central Command (CENTCOM) commander reiterated that Iran's missiles was so accurate that we would have lost dozens of military personnel if we had not evacuated the military base on time.

In January 2020, just days after assassination of Lieutenant General Qassem Soleimani at the direct order of then-President Donald Trump, Ein Al-Assad, which houses US troops in Al-Anbar Province in Western Iraq, found itself under fire from volleys of ballistic missiles launched from Iran.

General Frank McKenzie, the top US commander for the Middle East, recalled the night, telling CBS "60 Minutes", "It was an attack certainly like nothing I've ever seen or experienced… Their missiles are accurate."

He added, "They hit pretty much where they wanted to hit."

McKenzie claimed that he had enough time to evacuate the base of 1,000 troops and 50 aircraft, when US intelligence detected Iranian preparations for the missile attack.

McKenzie stated without the evacuation, "I think we might have lost 20 or 30 airplanes and we'd have lost 100 to 150 US personnel."

American Soldiers Still in Shock A Year After Iran's Missile Attack on US Basehttps://t.co/GQwByaR7z3 pic.twitter.com/2AXhshHgLj

The United States came to surprise everyone after it declared victory hours after Iran struck the American base. Trump, who faced the gravest international security crisis of his presidency, and his defense officials had initially claimed no service members were injured or killed in the attack.

But after days of denial, Pentagon finally confirmed that dozens of American forces have sustained traumatic brain injury in Iran's missile strikes. In late January, then-Defense Secretary Mark Esper stressed that the Pentagon took those types of injuries “very seriously”.

Gen. Soleimani and deputy commander of Iraq’s Popular Mobilization Units (PMU) Abu Mahdi al-Muhandis were assassinated along with their companions in a US attack authorized by White House near Baghdad International Airport in early January 2020. Both commanders were admired by Muslim nations for eliminating the Washington-sponsored Daesh (ISIL or ISIS) Takfiri terrorist group in the region, particularly in Iraq and Syria.

After satellite images displayed accuracy of Islamic Revolution Guards Corps (IRGC) missile stikes on US base, experts and pundits have been surprised by improvements in Iranian ballistic prowess.

On the sidelines of the 1st anniversary of the martyrdom of General Soleimani in Tehran, IRGC Top Commander Major General Hossein Salami said Iran is fully ready to take revenge from the assassins of Gen.Soleimani, stressing that the very thought of revenge has caused a constant nightmare for the Americans.