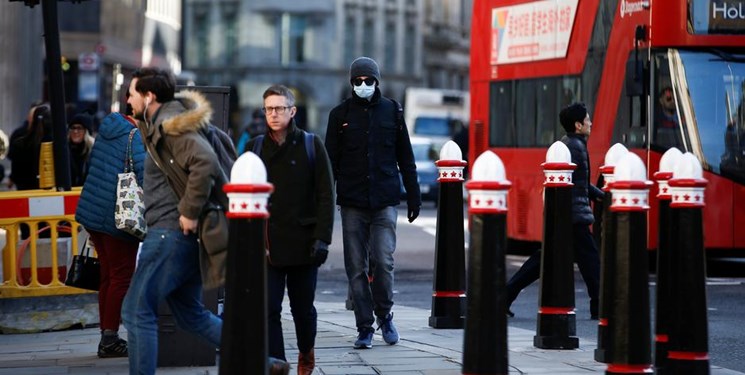 TEHRAN (FNA)- Experts today warned thousands of people in "middle Britain" could be "stealthily dragged" into paying more tax after it was claimed the Chancellor, Rishi Sunak is planning a raid on wealthy pensioners at next week's Budget.

The Chancellor will unveil his Budget on March 3 and he is expected to set out a raft of continued coronavirus support measures for businesses and families, The Daily Mail reported.

But it is thought Sunak will also use the fiscal event to stress that current levels of Government spending and borrowing are unsustainable and action must now start to be taken to improve the public finances.

The Times reported that Sunak is planning to announce a freeze on the lifetime allowance on pensions, lasting for the rest of the current Parliament.

The allowance - the amount of money people can build up in their pension pot before being hit with big tax bills - is currently set at £1,073,100.

Freezing the allowance would mean thousands of pensioners being dragged above the threshold in the coming years, potentially raising an additional £250million for the Treasury every year.

Tom Selby, senior analyst at AJ Bell, said, "If we see a vaccine-inspired spending boom in the UK this summer, for example, inflation could be pushed northwards – and so too would the lifetime allowance under current legislation."

"By freezing the lifetime allowance as inflation spikes, the Chancellor will stealthily drag thousands more people into his tax net," he said.

"Among those to be hit by this move will be NHS doctors, who benefit from generous defined benefit pensions," Selby added.

"Furthermore, the longer the lifetime allowance is kept at its current level, the more of middle Britain will be dragged into its orbit," he said.

Former pensions minister Steve Webb, who is now a partner at financial consultancy LCP (Lane Clark & Peacock), said, "What people need in pension planning is certainty, but with the lifetime allowance we have seen the opposite."

The Times also claimed Sunak could opt to freeze the higher rate of income tax threshold at £50,000 in a move which would see hundreds of thousands of people becoming higher rate tax payers. It is thought this could generate an extra £1billion for the Treasury.

Meanwhile, The Telegraph said the personal income tax allowance - the amount of income people do not have to pay tax on - could also be frozen at the current threshold of £12,500.

The personal allowance threshold has risen significantly in the last decade - it stood at £6,475 in 2009/10.

Keeping the threshold at the current level could boost Treasury coffers by billions of pounds.

A senior Treasury source told The Telegraph that as well as messages of "support" at the Budget, Sunak will also speak plainly about Government spending levels.

The source said, "You will hear the word honesty used a lot. He will be very clear to people that we've spent at wartime levels to get people through this, which was the right thing to do, but this can't go on forever."

Sunak is expected to announce at the Budget that the furlough scheme and business rates holiday for the retail and hospitality sectors will be extended to June.

A temporary £20 a week uplift in the value of Universal Credit is also due to be retained for potentially another six months.

But reports that the Chancellor could hike corporation tax from 19 percent to as high as 25 percent, as well as fears of a fuel duty hike, have spooked many Tory MPs who have demanded he rule out any tax rises.

Numerous Cabinet ministers are opposed to the prospect of imminent tax rises, amid concerns they would harm the UK's economic recovery from the pandemic.

One Cabinet minister told The Telegraph that the "answer to the pressures of COVID doesn't lie exclusively in just cranking up tax" while another said "now is not the time" for increasing taxes.

Prime Minister Boris Johnson has threatened to expel any Tory MP who votes against next week's Budget.