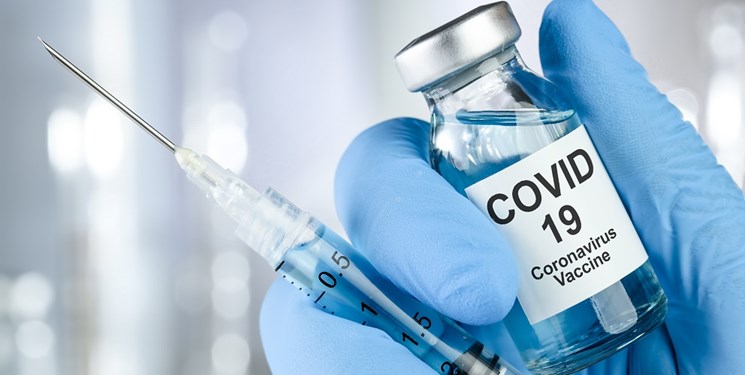 TEHRAN (FNA)- Thousands of the UK’s most vulnerable children are being “forgotten” in the coronavirus vaccine rollout, charities said, as they urged ministers to help struggling families.

The country has met its target of vaccinating the most clinically vulnerable adults, but under-16s are not eligible as current vaccines have not been licensed for minors, The Guardian reported.

While most children are relatively unaffected by coronavirus and are unlikely to become unwell with the infection, children with underlying health conditions can be at risk of serious illness. Many disabled children have been shielding since last March to stay safe, and have missed a year of school.

James Taylor, the executive director of social change at Scope, said, “Many families with disabled children have been pushed to breaking point during the pandemic. And many feel completely forgotten by the government after nearly a year of lockdowns with stripped back support, education and social care."

“For parents of children with complex conditions it’s a very complicated picture as to when families will be able to stop shielding. We urge the government to issue clear, accessible information around the vaccine to alleviate this anxiety,” Taylor said.

Kirsteen McNish has been shielding her 11-year-old daughter, who has Down’s syndrome and a history of pneumonia, at home since March.

“There’s a presumption from most people that my daughter is getting vaccinated – we’ve had no news and people presume she’s covered but she’s not as yet. It’s very stressful, especially when we have who knows how long still at home. It feels like it’s guesswork and we’re repeatedly chasing for answers,” McNish said.

Another mother anonymously told the Guardian she has had to give up work as a nurse for the last year in order to protect her extremely vulnerable four-year-old son.

“I’m returning to work soon and petrified of making my son ill. Something needs to be done to get children who are shielded on the vaccine list so they can get back to education safely. The fact that COVID is harmless to healthy children is no reassurance when your child has already been on life support once before due to their condition,” she said.

WellChild, a charity for seriously ill children, says it is hearing concerns from its network of 2,500 parents and carers about the availability and safety of vaccines for their children.

Colin Dyer, the WellChild chief executive, said, “What is urgently needed now is a clearly communicated roadmap out of this crisis for clinically vulnerable children and their families, including a thorough assessment of vaccine safety for this specific group.”

The efficacy of the Oxford/AstraZeneca vaccine in children as young as six is set to be tested, while several trials are under way to develop vaccines that are safe and effective in teenagers.

As it stands, doctors can currently go “off label” in extreme circumstances, meaning they can vaccinate a vulnerable child at their discretion. The Guardian understands this is a rare practice that has not been widely communicated, other than being briefly mentioned in a Downing Street press conference in January.

Una Summerson, the head of campaigns at the disability charity Contact, said this has only added to the confusion for worried parents.

She said, “[It] led to a lot of false hope for parent carers on our Facebook group who took it as a green light to talk to their child’s consultant to arrange a vaccine. In fact, the vaccine is some way off being authorised for use in children and no timetable for vaccinating vulnerable children has been published. Families just need to know what’s going on.”

A Department of Health and Social Care spokesperson said, “The Medicines and Healthcare products Regulatory Agency (MHRA) guidance allows clinicians, in exceptional circumstances, to prescribe vaccine doses to people outside the groups permitted for vaccination.

“Almost all children with COVID-19 have no symptoms or only mild disease. For a very small number of children at a higher risk of catching the virus and serious illness, the Joint Committee for Vaccination and Immunisation (JCVI) has advised that vaccination can be appropriate," the spokesperson said.

“JCVI advises that this is a decision for doctors and clinicians to make on a case-by-case basis and should be carefully discussed between a child’s parents or carers and their GP,” the spokesperson added.