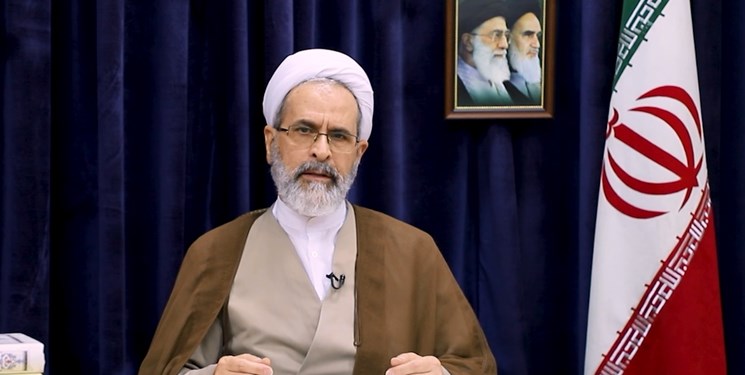 TEHRAN (FNA)- Head of Iran's Islamic Seminaries Ayatollah Alireza Arafi said the liberation of the occupied territories in Karabakh should lead to deeper unity among the regional nations, adding that every Islamic land is as sacred as Palestine.

Ayatollah Arafi made the remarks at the international conference on the Karabakh confloict in the Central holy city of Qom on Monday.

The official noted this discourse is based on the ideals and teachings of late Imam Khomeini and the Supreme Leader of Islamic Revolution Ayatollah Seyed Ali Khamenei.

“The Islamic Ummah has great resources and reserves; so, why should the Muslim lands be pillaged and oppressed?” Ayatollah Arafi maintained, adding, “For us, all Islamic lands are as much valuable and sacred as Palestine.”

He stressed that nothing should be exploited as a pretext to foment warmongering and violence.

In relevant remarks at the conference, Secretary of Iran’s Expediency Council Mohsen Rezayee said that Armenia should return all occupied lands to the Republic of Azerbaijan.

"Our main task is to form a special autonomous region of Karabakh belonging to Azerbaijan,” Rezayee said at the international conference on Karabakh conflict on Monday in the Central city of Qom, adding, “Armenia must also hand over the remaining territories."

"Thousands of Iranian men were martyred to liberate Azerbaijan from the clutches of the tsars, and the proof can be seen in the Baku cemetery," he said.

"Azerbaijan is not only our neighbor; but also we are one nation in two countries," the official said, noting, "We and the people of Azerbaijan are one nation with a common culture and religion."

"Unfortunately, the Armenian government, with the pretext of defending the Armenians of Karabakh, attacked the area; However, the governments that incited Armenia to attack left Armenia alone afterward," Rezayee stressed.