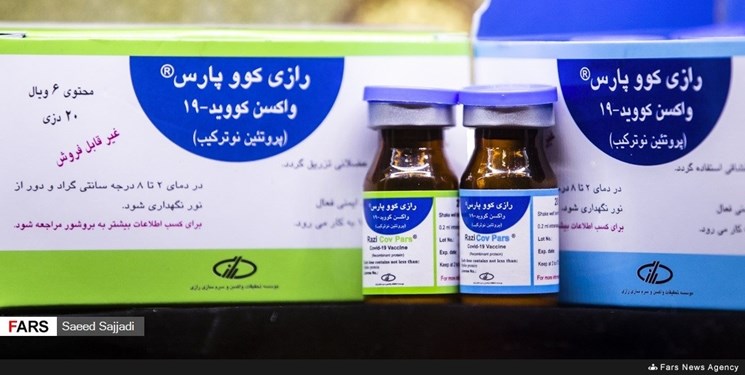 “Simultaneous the final phase of human trial of COV-Pars, it was approved to launch the mass production line of the vaccine,” Fallah Mehrabadi said on Tuesday, expressing hope that the final human testing phase of the vaccine will end in very near future.

He went to say that 133 people volunteered in the 1st phase of the human trial phase, 13 of whom received the vaccine initially while the rest had it according to a gradual time schedule.

“The next phase began a week after on a larger group, subdivided into four test groups, and 23 days’ time lapse was given in this phase, after which the intranasal phase of the vaccine began 30 days later,” the official noted.

He said as the first phase was done successfully, the approval of the health ministry was received and tests on 500 human volunteers began in two sub-groups and in the final phase a huge number of volunteers in Iran’s various provinces are involved.

Kouhpayehzadeh said on February 25 that the domestically produced COVID-19 vaccine COV-Pars will become available by early August after passing through various phases of human trial.

He explained that the first and second phases of human trial of COV-Pars vaccine made by Iran’s Razi Institute will take about four months, adding that the vaccine must accomplish its third phase to get scientific verification.