Official: US Threatening Diplomacy by Anti-Iran Move at IAEA Board of Governors 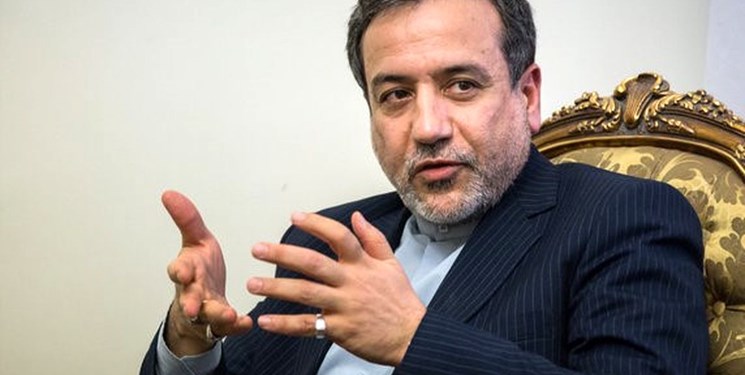 TEHRAN (FNA)- Iranian Deputy Foreign Minister Seyed Abbas Araqchi blasted the US for trying to pass a resolution against Iran in the Board of Governors of the International Atomic Energy Agency, and described the move as non-constructive and threatening the atmosphere created for diplomacy, specially after an agreement was signed between Iran and the IAEA.

Araqchi made the remarks in the fourth round of political talks between Iran and Austria, which was held through video conferencing with the Secretary-General for Foreign Affairs in the Federal Ministry for European and International Affairs of Austria Peter Launsky-Tieffenthal.

"The removal of all the illegal and oppressive sanctions on Iran is the basic condition of Iran for going back to the implementation of its JCPOA commitments," Araqchi said.

Criticizing the European signatories of the deal for not taking effective measures toward implementing their commitments, he evaluated any attempt made to pass a resolution in the Board of Governors against Iran as non-constructive and threat to the atmosphere created for diplomacy.

Launsky, for his part, reminded the stance of his country about the nuclear deal and welcomed the recent agreement between Iran and the IAEA, which took place during the visit of the IAEA chief Rafael Grossi to Iran in mid-February and called it an opportunity for diplomacy.

He also expressed his country’s readiness to provide any kind of help to strengthen diplomacy in this path.

The two parties stressed historical and friendly relations between the two countries and discussed the recent developments of the Joint Comprehensive Plan of Action (JCPOA).

In relevant remarks on Monday, Iranian Foreign Minister Mohammad Javad Zarif warned that any hostile move by the western states at the International Atomic Energy Agency's Board of Governors against Tehran would further complicate the present circumstances surrounding the nuclear deal and Iran's nuclear issue.

According to the UN nuclear watchdog’s website, the IAEA Board of Governors will convene its regular March meeting virtually on Monday. The Board will discuss a range of issues, including the verification and monitoring in Iran in light of UN Security Council resolution 2231 (2015) and NPT Safeguards Agreement with the country.