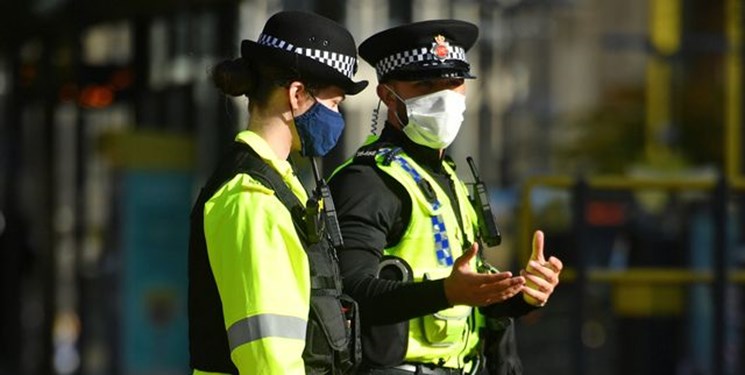 TEHRAN (FNA)- Rapists and other serious criminals are walking free in the UK because victims are dropping court cases because of delays, a watchdog warned.

Dame Vera Baird, the victims' commissioner for England and Wales, told MPs that victims were being “re-victimised” amid long waits for hearings during the coronavirus pandemic, The Independent reported.

Giving evidence to parliament’s Justice Select Committee on Tuesday, she said some victims had been summoned to give evidence at court only to be turned away when their case was moved again.

“We will lose some [from the prosecution process] because they will not want to go through the coming and going from court or simply can’t take a trial date which may be, in some areas, as late as 2022,” Dame Vera added.

“The consequences are a loss of confidence in the criminal justice system. People who are guilty are not being convicted and people are not getting justice,” she continued.

The most recent statistics released by HM Courts and Tribunal Service (HMCTS) show that by December, the number of outstanding criminal cases in England and Wales stood at more than 455,000, up from less than 350,000 in December 2019.

The backlog in magistrates’ courts peaked at 447,000 in July, before falling to 400,000, but the number in crown courts has continued to rise.

There were 55,189 outstanding crown court cases in December, an increase of 47 percent in a year.

In the same period, the average time between a charge and a disposal in the magistrates’ court almost doubled from eight to 14 weeks.

“The most serious victims of crime are the main victims of the very considerable delays in the criminal justice system now,” she added.

“Particularly someone who has had a traumatic experience like a serious assault or sexual abuse, they live with it when they know they’ve got to go through it all again to testify in court. They can’t leave that behind and move on with their lives. They are being re-victimised by extended delays,” she noted.

Dame Vera called for the increased use of a law allowing victims to record evidence in advance of hearings, meaning they do not have to attend court in person and are less likely to withdraw support from prosecutions if the trial is delayed.

Experts giving evidence to MPs also raised concern about the wider impact of court backlogs and coronavirus, including on defendants.

Penelope Gibbs, director of the Transform Justice group, stated some defendants were not able to have proper consultations with lawyers before court appearances because they could not see them in person in police custody.

She told MPs that half of crown court trials did not start on the day they were supposed to and called for improvements to listing processes to stop time being wasted.

“If we want to get the backlog sorted out we need to slim down what is being heard at magistrates’ courts to free up staff,” Gibbs added, saying, “Seventy percent of magistrates’ court sentences are fines. They are not rehabilitative and many are not paid."

“We are churning people through the magistrates' courts on these lower-level offences without making any real difference. We could take a huge chunk of those offences and people and deal with them effectively out of court,” she noted.

Jodie Blackstock, legal director of the Justice charity, called for the government to look at the possibility of full remote jury trials to stop social distancing requirements cutting court capacity.

HMCTS announced that more “Nightingale courts” were being opened to increase capacity in socially-distanced buildings, including the Barbican in London.

Plexiglass screens have been installed in more than 450 courtrooms and jury deliberation rooms, and both magistrates and crown courts are hearing cases remotely.

A government spokesperson said, “Victims deserve their cases to be investigated seriously and pursued rigorously through the courts", adding, “£450mln is being invested to deliver speedier justice and this is already having an impact – outstanding magistrates’ cases have fallen by 50,000 since last summer and cases dealt with in the crown court reached pre-COVID levels in December."

“We are also recruiting 20,000 more police officers and boosting funding for the Crown Prosecution Service and victim support services,” the spokesperson continued.