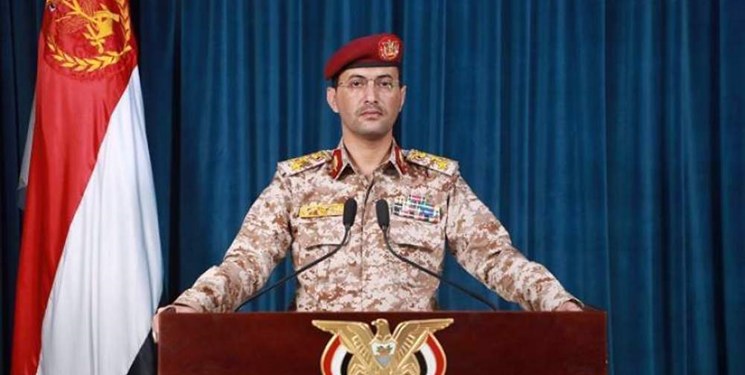 TEHRAN (FNA)- The spokesman for Yemeni Armed Forces said a new drone attack has been launched on Saudi Arabia’s Abha International Airport in retaliation for the Riyadh regime’s ongoing military aggression and blockade against the war-torn Arab country.

Brigadier General Yahya Saree said in a statement posted on his Twitter page on Tuesday evening that the Yemeni army and allied fighters from Popular Committees used a domestically-manufactured Qasef-2K (Striker-2K) combat drone in the operation, presstv reported.

The unmanned aerial vehicle struck military aircraft hangars at the airport with great precision, according to Saree.

He said the airstrike comes within Yemen’s legitimate right to respond to the Saudi-led coalition’s air raids as well as its continued all-out siege against Yemeni people.

The development came a few days after Yemeni army troops and Popular Committees fighters targeted the Saudi soil with 15 unmanned aerial vehicles and a ballistic missile as part of “the 5th Operation of Balanced Deterrence”.

Saree said in a press conference on Sunday that sensitive positions and places in the Saudi capital Riyadh had been struck with a Zolfaqar ballistic missile and nine Sammad-3 (Invincible-3) combat drones.

Scores of Saudi-paid militants were also killed and wounded when Yemeni army soldiers and their allies launched attacks against their positions in Abar and Hayfan districts.

The United Nations says Yemen is the scene of the world’s largest humanitarian crisis, with 80 percent of the country’s 30 million people needing some form of aid or protection. About 13.5 million Yemenis currently face acute food insecurity, UN data shows.

Backed by the US, Saudi Arabia and a number of its regional allies launched the war on Yemen in March 2015, with the goal of bringing the government of former president, Abd Rabbuh Mansur Hadi, back to power and crushing the popular Ansarullah movement.

Ansarullah, backed by the Yemeni armed forces and allied popular groups, has gone from strength to strength against the Saudi-led invaders, and successfully defended Yemen against the aggression, leaving Riyadh and its allies bogged down in the country.

Meanwhile, the United States on Tuesday imposed sanctions on two commanders of Yemen’s Ansarullah movement, accusing them of organizing attacks against Saudi Arabia.

The sanctions are in contrast with the State Department’s decision last month to revoke “terrorist” designations on Ansarullah imposed by former US President Donald Trump.