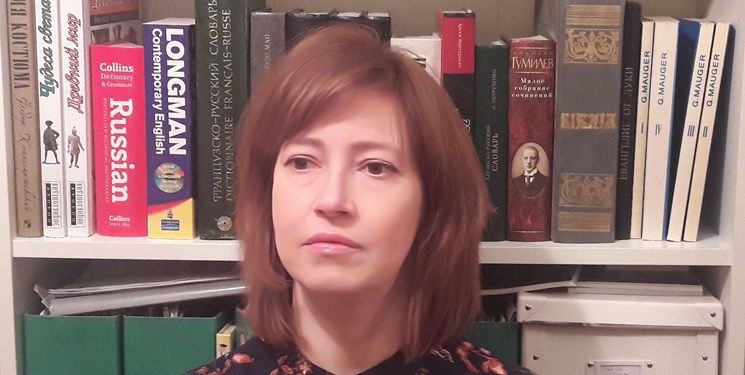 Speaking in an interview with FNA, Blinova said, “The Trump Administration is apparently seeking to strengthen its regional allies, most notably, Israel, Saudi Arabia and the United Arab Emirates (UAE), both economically and militarily. The Abraham Accords have become yet another step in accomplishing this broader strategy. In other words, Washington is creating a sort of an Israeli-Persian Gulf axis, vis-à-vis the Tehran-led Axis of Resistance.”

Ekaterina Blinova is a Russian independent political analyst and freelance journalist. She has a specialist's degree in history from the Lobachevsky State University of Nizhni Novgorod (UNN). She frequency writes about the US, European and West Asian politics, as well as international relations.

Q: How do you find Donald Trump’s effort to make his “Maximum Pressure” campaign against Iran a platform for the next US Administration?

A: Donald Trump's belief is that any successive administration, which would try to undo the "Maximum Pressure” campaign against Iran and revive the 2015 Joint Comprehensive Plan of Action (JCPOA), could endanger the US national security. Trump's views do not differ much from the Republican Party's stance voiced five years ago in the US Senate. In July 2015, Republican Senate Majority Leader Mitch McConnell subjected the US-Iranian nuclear agreement to harsh criticism and accused then President Barack Obama of “reaching the best deal acceptable to Iran, rather than actually advancing our national goal”. While the Obama Administration and the other signatories to the JCPOA viewed the Iran nuclear accord as a breakthrough, the GOP and then Trump considered it a "very bad deal". Trump's Democratic contender, Joe Biden, has repeatedly voiced his intention to restore the agreement. However, the outcome of the 2020 presidential race is still unclear as Trump has refused to concede and legally challenged the election handling in major battleground states. Given the unfolding controversy it's up to the Electoral College and the US Congress to decide the winner. Meanwhile, as Axios reported on 8 November, citing unnamed Israeli sources, the Trump administration may implement a new set of sanctions on Iran every week until 20 January. On 18 November, the US Treasury announced a new batch of restrictions targeting the Islamic Republic while US Secretary of State Mike Pompeo vowed to take new measures against Tehran throughout the coming weeks and months.

Q: Do you believe Donald Trump’s claim that he adopts the “Maximum Pressure” campaign against Iran, for sake of US’s national security?

A: Trump's "Maximum Pressure” policy against Iran appears to be part of a broader plan which envisages the creation of new regional security architecture in the Middle East. In accordance with this vision, the Trump Administration is apparently seeking to strengthen its regional allies, most notably, Israel, Saudi Arabia and the United Arab Emirates (UAE), both economically and militarily. The Abraham Accords have become yet another step in accomplishing this broader strategy. In other words, Washington is creating a sort of an Israeli-Persian Gulf axis, vis-à-vis the Tehran-led Axis of Resistance. To that end, the White House needs to maintain a sanctions regime and an arms embargo against Iran. However, the US attempt to extend an arms embargo against Tehran in mid-August 2020 failed, as UN Security Council member states either opposed it or abstained from voting. While certain power circles in Washington do consider Iran a national security threat, neither EU member states, nor Russia, or China, or India, etc., share this vision.

Q: Do you believe if Donald Trump, until he is in office, can do a surprise move against Iran?

A: It depends on what anti-Iran moves we are talking about. For instance, it appears unlikely that the Trump Administration would resort to a surprising military strike on Iran although The Wall Street Journal reported on 16 November that the president and his aides had discussed this option. Despite the White House has repeatedly voiced the idea of a "military option" against Iran, it nevertheless did not resort to it following Iran's January 2020 missile attack on air bases housing US forces in Iraq in response to the killing of Commander of Quds Force Major General Qassem Soleimani. One needs to bear in mind that despite going on a sanctions spree Trump has not launched any new military overseas conflict during the past four years, unlike his predecessors, Barack Obama, George W. Bush or Bill Clinton. Instead, the Pentagon's new chief, Christopher C. Miller, has recently announced a partial pull-out from Afghanistan and Iraq in a bid to end "forever wars". In addition to this, Trump's voters are highly skeptical about US foreign interventions and now, when the president and his team are in the midst of litigation over the alleged voter fraud, it appears unlikely that Trump is willing to disenchant his supporters. Therefore, it is more likely that the Trump Administration will limit itself to sanction measures against Iran.