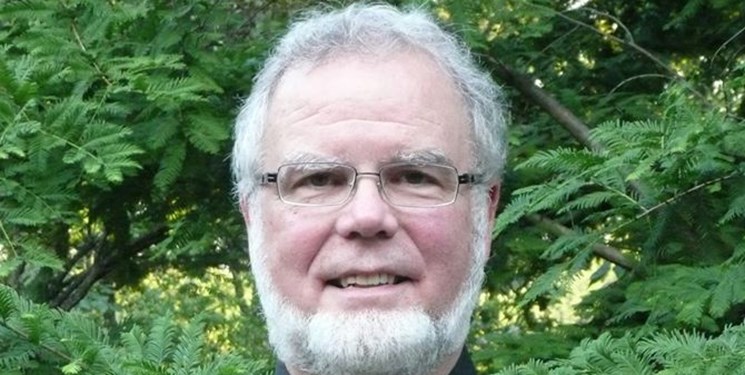 Speaking in an interview with FNA, Dunaway said, “The Saudis themselves are likely to normalize relations, possibly after the death of King Salman… the Saudis, like all the other normalizers, expect to receive significant gifts from the United States for their actions on behalf of the Israeli government. Much of the American largesse will take the form of military arms and advanced weapons systems, adding to the firepower they can use against the people of Yemen. And, of course, it is designed to strengthen the anti-Iran forces in the region, a goal shared by the Saudis and Israelis.”

Charles Dunaway is an American radio host and journalist who runs an online political forum. His program is focused on international news, primarily from media sources outside the United States' sphere of influence.

Q: Arab Israelis call the Abraham Accords an apartheid deal. Do you think if that is the case?

A: Bahrain represses its majority Shi’a population and the UAE has 4 times as many foreign workers than citizens, many of whom work in near-slave conditions. Sudan is dominated by an Arab elite that oppresses black Africans in Darfur and elsewhere. Morocco has long discriminated against the Sahrawi people, even building a wall 2,700 km long between Sahrawi areas and the rest of the country - exactly like the Zionist wall in Palestine.

The four Arab nations that have now normalized relations with the Zionist state have another thing in common - they are all authoritarian states. Bahrain, the UAE, and Morocco are monarchies with near-absolute power vested in one person. Sudan was under the thumb of Omar al-Bashir for 20 years and still has not transitioned to democracy. Unlike more democratic states, the will of the people does not need to be considered in making or changing policy. There is no independent legislative body that needs to be consulted when a treaty is signed or revoked, as in the case of the 1967 Khartoum Resolution.

The rulers of these nations believe they can ignore their people or simply repress them, and they should hope to be correct. 81 percent of Arabs in 13 nations oppose US policy toward Palestine. An even larger majority believe Israel poses the largest threat to their national security. Recognizing the Zionist occupiers as the legitimate government of Palestine could prove to be dangerous to their stability.

Q: The UAE, Bahrain, and Morocco have all ties to Saudi Arabia. Do you consider that a factor?

A: Even the Times of Israel confirms that the Saudi monarchy played a role in the normalization agreements signed between Morocco and Israel. The Saudi government is also reportedly working with the Trump Administration to convince other Arab nations to sign similar agreements with Israel. Oman and Indonesia are rumored to be next and the Saudis themselves are likely to normalize relations, possibly after the death of King Salman.

There are important members of the Saudi royal family who appear to oppose normalization. Prince Turki al-Faisal, the former intelligence chief recently described the Jewish state as a belligerent and apartheid-practicing occupier that has arrested thousands of the inhabitants of the lands they are colonizing and incarcerated them in concentration camps. MbS has made a number of enemies among the royal family, but it remains to be seen if they will challenge his claim to the throne.

The Saudis, like all the other normalizers, expect to receive significant gifts from the United States for their actions on behalf of the Israeli government. Much of the American largesse will take the form of military arms and advanced weapons systems, adding to the firepower they can use against the people of Yemen. And, of course, it is designed to strengthen the anti-Iran forces in the region, a goal shared by the Saudis and Israelis.

Q: Why is the US Administration always the first to publically announce the deals, even before Israel or those Arab states?

A: Trump has always fancied himself as the consummate dealmaker and getting these deals signed on his watch was designed to improve his image, no doubt to enhance his chance for victory in the November election. With that no longer in sight, the deals will ensure that his mark on West Asia will not be reversible by a future administration.

The US public has nothing whatever to gain from these deals, but that was never the point. The US public and US foreign policy have no relationship whatever. US foreign policy is designed primarily to benefit major US corporations and banks and keep the US on top of the arms sales market worldwide. When an exception is made, it is usually in response to the Jewish lobby. The so-called Abraham Accords please the Jewish lobby, increase arms sales, and no doubt further enhance the ability of US companies to do business in the Arab world.

The incoming Biden Administration is unlikely to change or reverse any of the major Trump initiatives on behalf of the Israeli government, including the Abraham Accords. Biden’s team is committed to US hegemony, unquestioning support for the Israeli government, and continuing US intervention in the affairs of other nations. They will endeavor to be more diplomatic and polite about it, but one should not expect any material change.