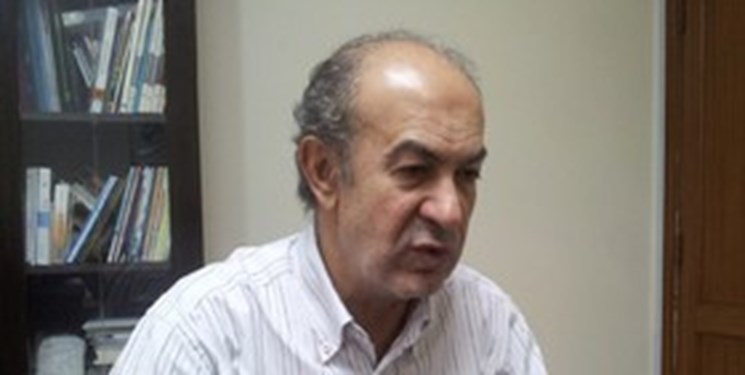 TEHRAN (FNA)- Mohsen Saleh, author and political commentator, says all the oppressed all around the world have the feeling that Martyred Qassem Soleimani is “their martyr”.

Speaking in an interview with FNA, Dr. Saleh said, “He is the martyr of everybody that felt that the United States is hegemonizing, killing, dominating this region… It is not for a nationality or for a community or even a religion… Whoever defeats the United States is a hero in this time, and the most powerful mind of them was Hajj Qassem Soleimani.”

Mohsen Saleh, Ph.D. of Philosophy, has taught in various American and Lebanese university including Harvard and the Lebanese University. He is a member of the board of advisors to Lebanon’s Center for Research and Documents on International Relations. Dr. Saleh’s latest book is The Man Who Vanquished America, about Lieutenant General Qassem Soleimani’s key-role in uniting resistance movement in the West Asian region.

Q: Why is Lt. Gen. Soleimani popular among people of West Asia?

A: This man in terms of strategy is the man of the century, the US could not beat him, on the contrary, he defeated the US in many posts, in many positions, in many places in Afghanistan, Iraq and in Iran and in Syria, Lebanon and Yemen and Palestine. So he outsmarted them. That attracts anybody to see or to go deep profoundly in order to find the secret behind this mind. This great man, this genius needs more attention than a book or an article or a study or thesis. He needs a lot of work to understand this multi faceted mind and this man who changed this region. I tried to summarize the life of this great martyr of the century.

Hajj Qassem, this great martyr, did not like to go on the media and make many interviews and show off and talk about his heroic deeds in this region. That is why when this man, his deeds, his works and achievements show, then the people like this kind of human being, this kind of leader, this kind of battalion on the ground. That is why he has won the respect of the Iranians, the Iraqis, the Lebanese, the Syrians, and from all over the world, even the Chinese and Russians and the Yemenis of course, and the Palestinians, he is the martyr of Jerusalem; he is the martyr of al-Quds, he is the martyr of al-Aqsa. He is the martyr of everybody that feels that the United States is hegemonizing, killing and dominating this region. All the oppressed feel that this martyr is their martyr. It is not for a nationality or for a community or even a religion. Although his culture is from a religious background and from this kind of great belief and great personality like Imam Khomeini and the Leader Imam Khamenei, all this heritage of the Shia struggle for freedom, and for justice in this world lead him to such achievements behind the scene, and he created the scene.

Whoever defeats the United States is a hero in this time, and the most powerful mind of them was Hajj Qassem Soleimani. If we talk about the Resistance in Lebanon, Sayyed Hassan Nasrallah, if we talk about Hajj Imad, if we talk about Abu Mahdi al-Muhandes, all of them created this new environment, but Hajj Qassem was always moving. He did not stay in one place, so he had this comprehensible mind, this universal mind in order to achieve many points against the US, and I guess he perplexed them; he put them in quandary. He put them in a very hard position, in order to take such a decision in order to do this criminal act against Hajj Qassem. He is one person who perplexed the most powerful state in the whole world. That is why he is one of those great historic figures, ideological and just figures by all means.

Q: What was the message of millions of people who participated in the funeral of Lt. Gen. Soleimani in both Iraq and Iran?

A: They loved Hajj Qassem, as a leader as a man of merit. He was not a man of propaganda, but a man of silence and achievements. That is why they loved him, and they really want to send a message to the United States and these oppressors that “we are all Hajj Qassem Soleimani”. He is not dead. He is not a martyr under the ground; no, he is living in us, and we are all Qassem Soleimani. Many Iranians have told me that that funeral was the funeral of the century, and maybe in two thousand years no one has seen such a funeral. This has not just one meaning; it gives diverse meanings for the whole world. This kind of leaders and geniuses created a new idea for a new civilization, for a new revival of the nation. He will live in all generations who know that the US committed such a crime against a leader who destroyed their plans.

Q: Do you believe Washington has achieved its goal by murdering Lt. Gen. Soleimani?