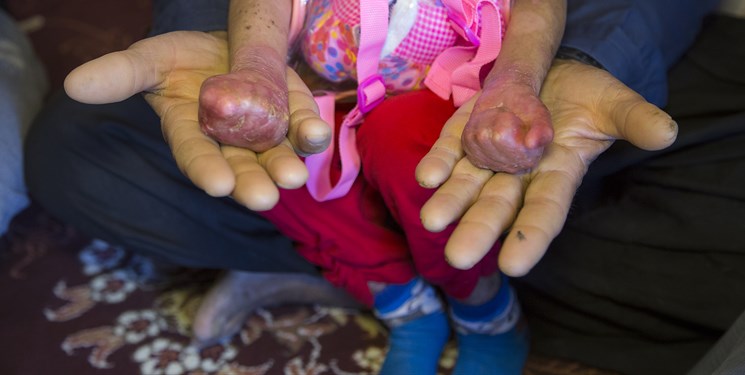 TEHRAN (FNA)- Iran’s Foreign Minister Mohammad Javad Zarif strongly blasted the US for imposing sanctions against his country, stressing that these inhumane sanctions have intensified sufferings of kids with no access to special medicines for incurable diseases.

Zarif made the remarks on Friday with an image of a young sick Iranian girl published on his Twitter account.

"This is a little girl who's paid the price for cruel & inhumane choices of politicians far away. Her situation isn't unique in Iran," he wrote.

"Even amid COVID-19, US continues to exert Trump's failed "maximum pressure" on Iranians. Isn't it time to try something that may actually work?", Zarif added.

This is a little girl who's paid the price for cruel & inhumane choices of politicians far away.

Her situation isn't unique in Iran. Even amid COVID-19, US continues to exert Trump's failed "maximum pressure" on Iranians.

Isn't it time to try something that may actually work? pic.twitter.com/El9inBRsaE

In a relevant letter in January, thousands of Iranian patients with special needs in a letter to UN Secretary-General Antonio Guterres called for his efforts to lift the US unilateral sanctions against Iran which have blocked the country’s access to drugs and medical equipment.

It added that the US sanctions have led to the loss of a significant number of patients, some of them have suffered serious physical injuries, and in general, the patients have suffered and sustained severe physical and psychological harms.

“We are still suffering from this shortage of medicine and medical equipment,” the letter noted.

It warned that dozens of thalassemia and epidermolysis bullosa patients, especially children, etc. have lost their lives due to the lack of their special-need medicine and medical equipment due to the US systematic and organized policy called comprehensive crippling sanctions against Iran.

The letter called on Guterres to take all necessary measures to prevent continued criminal sanctions against the oppressed and defenseless patients who are under the support of non-governmental organizations, and take necessary measures to implement human rights and humanitarian law in UN member states.

Despite the American officials' claims of not imposing sanctions on imports of drugs to Iran, some specific medications needed for rare diseases are hard to obtain in the country due to banking embargos that hamper money transactions which causes some Western companies to refuse to sell the necessary drugs and medical equipment to Tehran.