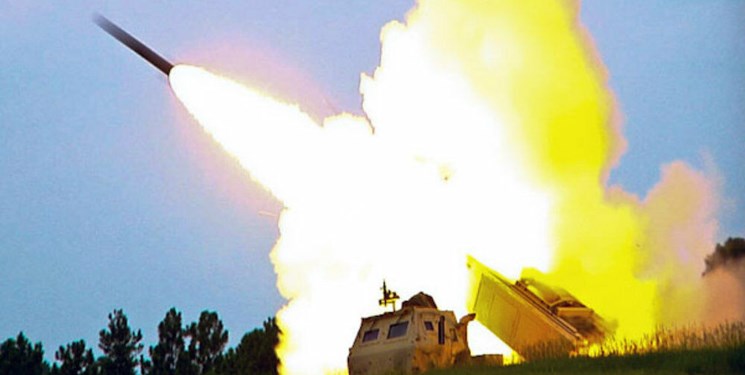 TEHRAN (FNA)- In a five-year investment plan submitted by the head of Indo-Pacific Command (INDOPACOM) to Congress this week, commander Adm. Philip Davidson asked for the annual budget to more than double to $4.7 billion, for a total of $27.4 billion by 2027.

In a copy of the plan viewed by USNI News, INDOPACOM asks for “the fielding of an Integrated Joint Force with precision-strike networks West of the International Date Line along the First Island Chain, integrated air missile defense in the Second Island Chain, and a distributed force posture that provides the ability to preserve stability, and if needed, dispense and sustain combat operations for extended periods”.

The First Island Chain refers to the string of archipelagoes just off the East coast of the Asian mainland stretching from the Kamchatka Peninsula in the North through the Kuril Islands, Japan, the Ryukyu Islands, Taiwan, the Philippines, and Borneo, and represents the area in which China would attempt to deny US forces safe access in the event of a shooting war. The Second Island Chain is a smaller string of islands that includes the Marianas Islands, Guam, and parts of Indonesia.

The foundation of the audacious proposal is the Pacific Deterrence Initiative, a program introduced in the 2021 National Defense Authorization Act and modeled on the European Deterrence Initiative responsible for placing huge amounts of NATO weaponry on Russia’s Western border.

The US has about 132,000 troops stationed across the Indo-Pacific theater, with 28,000 garrisoning South Korea and another 55,000 at several bases across Japan. Several thousand more are based on Guam, on the Eastern edge of the East China Sea, a few thousand more in Australia and scattered across Thailand, Singapore and the Philippines in small groups, with the rest being based in Hawaii.

Last year, the US Marine Corps began a near-total overhaul in force structure, drawing up plans to shed much of its heavy land equipment, and even part of its air forces, in exchange for a new generation of ships and mobile missile systems.

The restructuring calls for a 300% increase in the Marine Corps’ rocket artillery capable of launching any of several long-range missiles currently in development or production including the Long-Range Anti-Ship Missile (LRASM), the Naval Strike Missile (NSM), the Maritime Strike Tomahawk cruise missile, and the Precision Strike Missile.

Under a new doctrine of Expeditionary Advance Base Operations (EASO), such missile systems would be part of a rapid deployment by the massive CH-53K King Stallion helicopter to bases along the First Island Chain in order to establish a no-go zone for Chinese ships and aircraft in order to limit their movement.

Many of the missiles have only been made possible by the US’ withdrawal from the Intermediate-Range Nuclear Forces (INF) Treaty in 2019. The 1987 bilateral deal limited the ranges of Russian and American land-based surface-to-surface missiles in an attempt to reduce the likelihood of a hasty counter-strike made in error. The US claimed Russia had violated the deal, but even before the treaty lapsed, the Pentagon had sunk more than $1 billion into developing treaty-breaking missiles and just days after the treaty lapsed, began testing such weapons.

However, while EASO is aimed primarily at establishing temporary mobile bases, the Pentagon has also been pursuing more permanent missile installations along the First Island Chain, receiving significant pushback in doing so.

In Japan, local resistance to the Aegis Ashore missile system, which is ostensibly an anti-missile defense against the Democratic People’s Republic of Korea but which can also be configured to fire offensive strike missiles, has caused Tokyo to cancel both planned installations in Yamaguchi and Akita Prefectures last year.

"If there is such a plan, I can easily imagine fierce opposition from Okinawa residents,” he told The Los Angeles Times.

In Seongju, South Korea, where the US based several long-range Terminal High-Altitude Area Defense (THAAD) ballistic missile interceptors in 2017, local resistance has forced the Pentagon to cancel its redeployment plans, as well. US officials have boasted THAAD’s high-powered X-band radar can track an object “the size of a baseball” almost 3,000 miles away, meaning from South Korea, it can see across China.

In 2018, the Donald Trump administration announced a shift in Washington’s strategic priorities away from the War on Terror and toward “inter-state strategic competition” with Russia and China. According to the Pentagon and White House, the two rising powers are “malign actors” seeking to overturn the US-dominated “rules-based” world order that emerged at the end of the Cold War.

Since then, the US state has drawn up extensive plans for a long-term confrontation with China that includes attempts to isolate it politically, undermine it internally, and inculcate in the US population the reasons China must be fought.

By contrast, China has announced its goals are not to upend the global order but to join it as a modern, industrial power after a 100-year absence due to Western and Japanese imperialist domination and underdevelopment. In amendments to the country’s National Defense Law adopted in January, China specifically identified the role of the People’s Liberation Army as defensive.