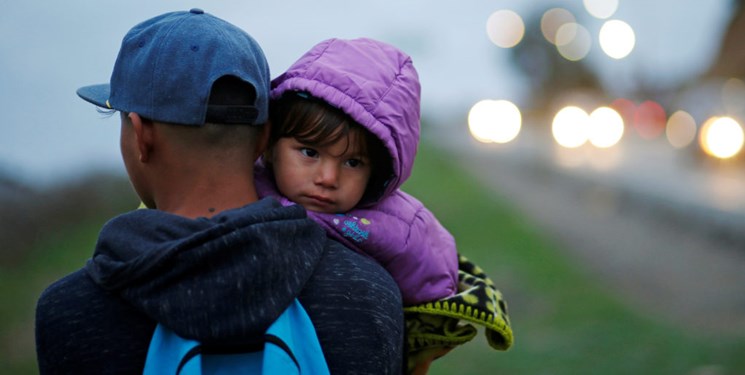 TEHRAN (FNA)- The administration of President Joe Biden is considering housing unaccompanied migrant children in a military base in Virginia as officials scramble to deal with a dramatic surge in child migrants at the Southern border.

Reuters first reported that the base in Fort Lee, near Richmond, is being considered as the Department of Health and Human Services (HHS) acknowledges it must "aggressively" find solutions to the surge in numbers.

Pentagon officials told Fox News that the formal request has not arrived from HHS but that the site is being considered and site surveys are underway by HHS officials.

HHS told Fox News that it is notifying officials that it will be conduct an assessment for "potential use as a temporary influx care facility for [unaccompanied children] at some point in the future".

"If selected, Fort Lee would remain unoccupied but available for use if HHS has an urgent need for additional shelter space in order to ensure that children are not kept in border patrol stations for longer than 72 hours," the agency said.

The Biden administration recently opened an HHS facility for unaccompanied children in Carrizo Springs, Texas. It separately is opening two facilities in Texas to process migrant families and children.

But it might not be enough. Axios reported this week that in the week ending March 1, the Border Patrol referred an average of 321 minors per day to HHS. It’s a dramatic increase from 47 at the beginning of January and an average of 203 in early February, the outlet reported.

The border has seen a dramatic surge in numbers coinciding with rollbacks of Donald Trump-era policies like the Migrant Protection Protocols (MPP) and the reinstatement of "catch-and-release", by which migrants are released into the US to await their hearings. Separately, the administration and congressional Democrats are pushing pathways to citizenship for illegal immigrants.

Republicans have called on the administration to reinstate a national emergency, while House Minority Leader Kevin McCarthy has requested a meeting with President Biden over the growing crisis.

But the administration has denied there is a crisis, with DHS Secretary Alejandro Mayorkas this week describing the situation as a "challenge" as it seeks to "replace the cruelty" of the prior administration.

The Fort Lee base is home to the US Army’s Women's Museum and named after Confederate general Robert E. Lee.

If the facility is used, it would not be the first time the US military has been asked to help with a surge in migration at the border.

In 2019, the Pentagon announced it would build temporary shelters for 7,500 adult migrants on the Southwest border for those facing deportation in a year that saw a migrant crisis in the spring and summer.