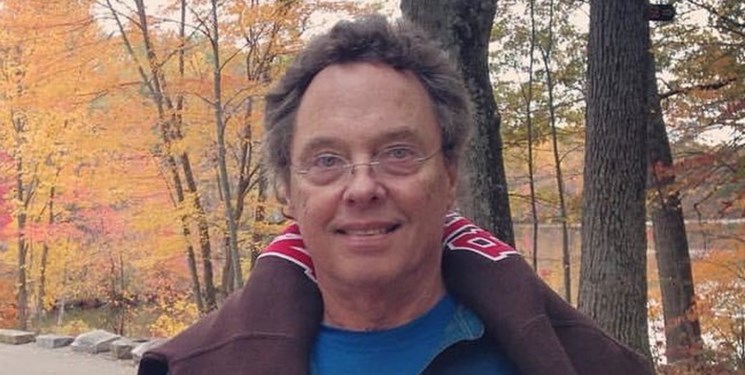 Speaking in an interview with FNA, Martin Love said, “The pardons cement like few other US actions an image of a lawless, cruel US posture (or mental illness) that has often been witnessed and roundly condemned worldwide... . Trump has proven himself to be a vindictive, self-centered “leader” who has failed almost every test of human decency… He has demonstrated a racist bent his entire life. Trump IS a reflection of a demented American “exceptionalism” like few other Presidents have been.”

Martin Love is an American author based in North Carolina. He is a longtime editor, columnist, copy editor and writer in major US newspapers and magazines.

Q: Prosecuting the Blackwater contractors was to be in-line with Justice. Now, with Trump’s pardoning them, do you believe justice is served?

A: Prosecuting and jailing a few of the Blackwater “soldiers” who without any justification whatsoever murdered 17 innocent Iraqis seems on a mere whim and wounded many more at the Baghdad roundabout in 2007 was one of the more heinous actions of the US occupation of Iraq, but there were many others, including the torture at Abu Ghraib. That Donald Trump pardoned these killers is inexplicable. It is a reminder of similar actions against innocent civilians decades ago in Vietnam, in particular the My Lai massacre. But maybe the massacre in Baghdad and the pardons makes some sense in the twisted mind of Trump who has long demonstrated his hatred of people who are not Caucasian “Christians” (who are not golfers!) and, to boot, Muslims. If anything we have learned about Trump,
he has demonstrated a racist bent his entire life. Trump IS a reflection of a demented American “exceptionalism” like few other Presidents have been.

Q: How do you believe Trump's pardoning Blackwater contractors is translated to the families of Iraqi victims?

A: We know from reports of the reactions of Iraqi families (whose kin were victims) to the Blackwater pardons that they are utterly appalled and mystified by Trump’s actions which amount to a huge slap in the face of Justice. The pardons cement like few other US actions an image of a lawless, cruel US posture (or mental illness) that has often been witnessed and roundly condemned worldwide.
The families of Iraqi victims did get some modest relief when a few of the Blackwater goons were prosecuted and jailed, and one can only wonder at their dismay now. It almost beggars belief that Trump pardoned them. But other pardons that Trump has granted to cronies and loyalists who were convicted of various crimes (but not murders) have also been questioned even by some Republican lawmakers in the US Congress. These and other pardons were “legal” and Constitutional but they have been cited as a “misuse” of power, which they are.

Q: Neither the lives of African-Americans, nor the lives of Iraqis seem to matter to President Trump. Does this leave room for the US to be looked at as a defender of democracy and human rights?

A: It is virtually impossible now for the US to be viewed in the court of world opinion as an honest defender of democracy and human rights, but in truth this has been the case for a very long time especially since the Vietnam War which, like so many offensive aggressions by the US overseas since the end of the World War II, were based on lies. Many Americans have been hoping that Trump in his last weeks in the White House might pardon Julian Assange and Edward Snowden, both of whom exposed US government and military crimes. It is quite amazing that
Trump has failed to realize that by pardoning just these two notable whistleblowers, he could have improved his legacy and been widely hailed as having done something positive at the end of his Presidency. But Trump has proven himself to be a vindictive, self-centered “leader” who has failed almost every test of human decency. One can also cite Trump’s over the top support for Netanyahu and Zionist human rights abuses in Palestine as further evidence of his
failure to brighten perceptions of the US as a champion of democracy and human rights.