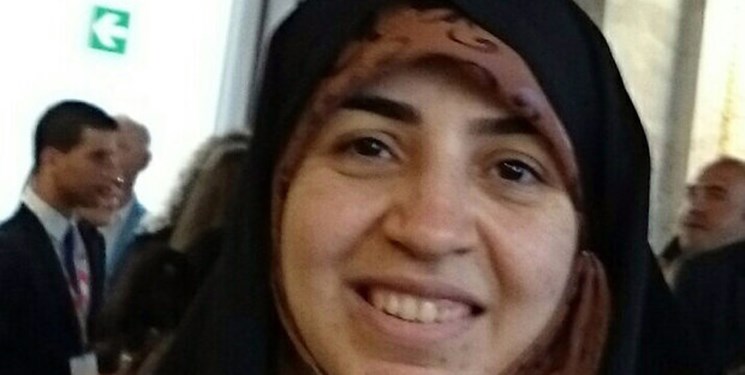 TEHRAN (FNA)- Elham Kadkhodaee, Professor of West Asian & North African Studies, says the normalization of relations with Israel will not bring about peace in West Asia.

Speaking in an interview with FNA, Dr. Kadkhodaee said, “Peace can never be achieved through completely overlooking the real victims and convincing a third party to sit at a table with the actual aggressor… The Israelis think that through normalization with Arab states they can present themselves to the world as “normal” and conceal the reality of occupation […] thus silencing any objection to or criticsm of their brutal treatment of Palestinians, and neutralizing any challenge coming from the Arab world.”

Elham Kadkhodaee is an Assistant Professor in the Department of West Asian and North African Studies at the Faculty of the World Studies of the University of Tehran.

Q: Why does Israel need recognition by Arab states through the Abraham Accords?

A: Israel is an illegitimate regime that claims to be the “only democracy in the Middle East” whilst denying Palestinians basic human rights; in other words, they are basically an apartheid regime, and no amount of whitewashing can hide this reality. The Israelis think that through normalization with Arab states they can present themselves to the world as “normal” and conceal the reality of occupation, and build a coalition against Iran and anyone else who challenges their oppression of the Plaestinians. They also aim to expand their public advocacy or Hasbara aimed at Arab people, thus silencing any objection to or criticsm of their brutal treatment of Palestinians, and neutralizing any challenge coming from the Arab world.

Q: How do Palestinians benefit from the Abraham Accords?

A: Arab states, and not populations/people, are certainly turning their backs on Palestinians through the so-called Abraham Accords. Of course one can question whether they have actually ever done anything more than paying lip service to the Palestinian Cause. These countries are actually aiding Israel in its propaganda, framing Palestinians as the real obstacle to peace, buying time for the regime to continue with its annexation or theft of Palestinian land. According to statistics in public opinion polls, Arab people still stand by the Palestinians and regard Israel as an enemy, but the truth is that all these states that are normalizing relations with Israel lack domestic legitimacy; they do not represent the will of their people. These politicians’ main concern is to guarantee their own power, and to obtain the technology and experience of subjugating their people, from Israel. I believe that the Palestinian people have learnt the lessons of Oslo and Camp David; that resistance, not negotiations and mock peace-signing ceremonies, are going to lead them to dignity and independence.

Q: Do you believe the normalization of relations between Arab countries and Israel will eventually bring peace to the West Asian region as Washington claims?

A: Peace will only come to the region when the rights of all people are observed, and foreign powers stop intervening in the affairs of countries in the Middle East. The US has never been a neutral, honest broker in the Israeli-Palestinian conflict. The Trump Administration’s main goal in convincing Arab states to recognize Israel was helping Netanyahu survive his corruption-riddled premiership, and to appease Zionist donors. Peace can never be achieved through completely overlooking the real victims and convincing a third party to sit at a table with the actual aggressor. Countries that are competing to normalize relations with Israel have never been at war with the regime, hence making the use of the word “peace” is irrelevant. You can never arrive at peace whilst bypassing justice, no matter how strong the propaganda tools are!