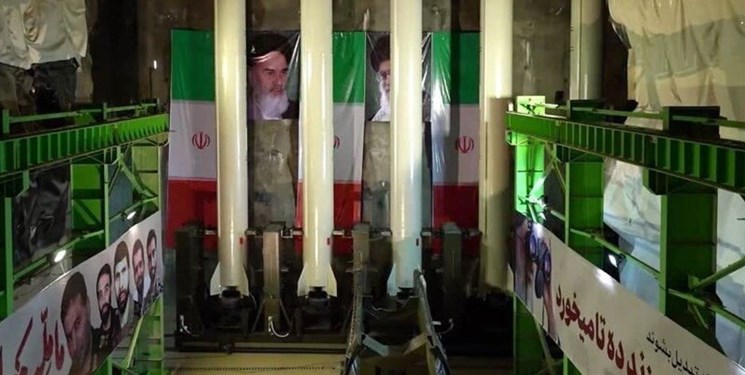 The IRGC new missile city was unveiled in a ceremony on Monday in the presence of the IRCG Commander Major General Hossein Salami, IRGC Navy Commander Rear Admiral Alireza Tangsiri and a number of top military commanders.

The missile city is equipped with different systems and cruise and ballistic missiles enjoying different ranges.

All the mentioned systems have been produced by Iranian experts at defense ministry, knowledge-based companies, and IRGC research centers.

One of the newly unveiled missile systems is capable of changing the target after being launched.

“Today, part of our missile power that gives superiority in the battlefield and has been developed by domestic experts enter the operational section of the IRGC Navy,” Brigadier General Tangsiri said in the ceremony.

“The process of making IRGC Navy stronger will continue,” he said, warning enemies that they will receive a “deadly blow” in case of any aggression against Iran. 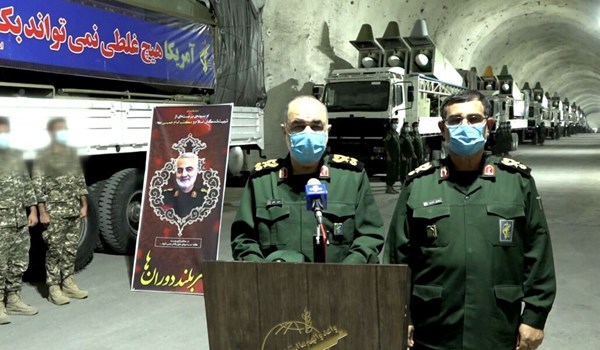 Major General Salami also noted in the ceremony that four decades of enemies’ attacks against Iran has only resulted in their defeat and frustration.

“After being defeated in military and proxy wars and cultural aggression, enemies are pursuing other strategies including the imposition of sanctions and waging an economic war,” he said, adding, “IRGC’s empowerment is aimed at promoting the grandeur of the Iranian nation.”

In relevant remarks in January, Salami said Iran is resolved to grow power to defend its territorial integrity and independence, as the IRGC navy inaugurated a new underground missile town on the shores of the Persian Gulf.