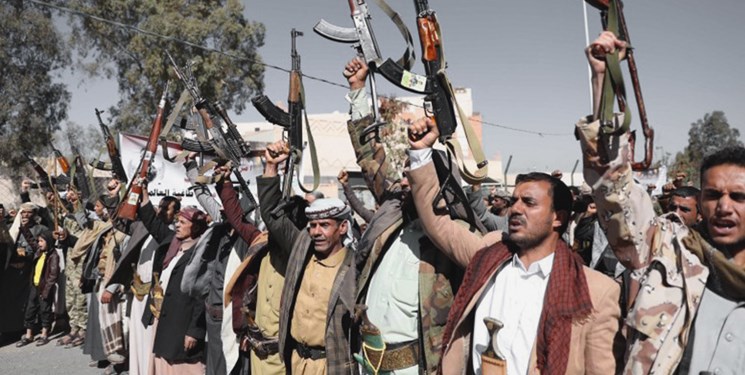 TEHRAN (FNA)- Yemeni army soldiers and allied fighters from Popular Committees managed to establish full control over a neighborhood in the central province of Ma’rib as they continue to push against Saudi-led mercenaries and terrorists in the strategic region.

The territorial gain came after a heavy battle with al-Qaeda terrorists and the Saudi-led coalition forces, the reports said.

They added that fighting is currently underway between the Yemeni forces and Saudi-affiliated militants in Sirwah’s Idat al-Rai area.

Meanwhile, Saudi fighter jets bombarded West of Ma’rib at least 12 times in the past few hours.

The oil and gas-rich province is considered as the last stronghold of Saudi-backed forces in Northern Yemen.

Earlier, Mohammad Abdul-Salam, the spokesman of Yemen’s popular Houthi Ansarullah movement, said that Ma’rib has turned into one of the most important military bases of the occupiers, and that the battle for its liberation has been going on since the beginning of the war.

Saudi Arabia launched a devastating military aggression against Yemen in March 2015 in collaboration with a number of its allied states, and with arms and logistics support from the US and several Western countries.

The aim was to return to power the former Riyadh-backed regime and crush the Houthi movement which has been running state affairs in the absence of an effective government in Yemen.

The war has failed to achieve its goals, but killed tens of thousands of innocent Yemenis and destroyed the impoverished state’s infrastructure. The UN refers to the situation in Yemen as the world’s worst humanitarian crisis.

Yemeni forces have gone from strength to strength against the Saudi-led invaders, and left Riyadh and its allies bogged down in the country.