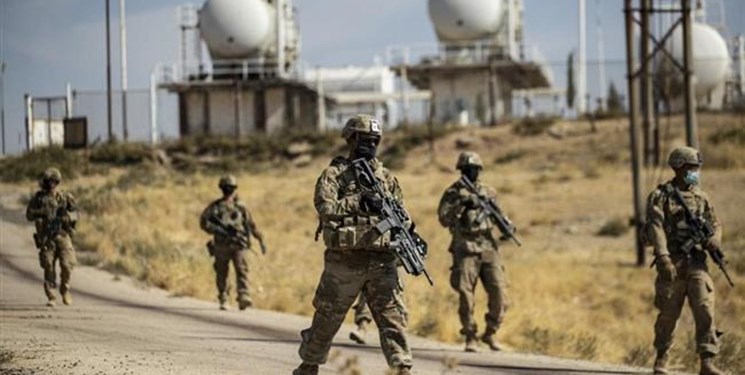 TEHRAN (FNA)- The Syrian oil minister said the US and its allied Takfiri terrorist groups are plundering oil resources in the war-stricken Arab country, revealing that Washington controls 90 percent of crude reserves in oil-rich Northeastern Syria.

“Americans and their allies are targeting the Syrian oil wealth and its tankers just like pirates,” Syrian Minister of Petroleum and Mineral Resources, Bassam Tomeh, told state-run and Arabic-language al-Ikhbariyah Syria television on Thursday evening.

He noted that the cost of direct and indirect damage to the Syrian oil sector stands at more than $92 billion.

“What has happened all through Syria war has not happened in any country, in terms of preventing us from tapping our wealth resources and at the same time stopping basic commodities from reaching our country,” Tomeh said.

The Syrian oil minister also cited a recent report published by the Wall Street Journal that Israel has targeted at least a dozen vessels bound for Syria and mostly carrying Iranian oil.

The report published on March 11 said the Israeli regime, since late 2019, had been using naval weapons, including water mines, to strike vessels which were either Iranian, or carried Iranian cargo, as they navigated toward Syria in the Red Sea and in other areas of the region.

“The oil sector has been targeted chiefly because it is the main source of income for the Syrian economy. We are looking forward to the exploitation of oil reserves in our territorial waters, but oil exploration contracts are pricey and time-consuming,” the Syrian oil minister pointed out.

“We have a bright oil future in these waters, nevertheless the exploitation of oil reserves requires calm and stable logistical conditions,” Tomeh said.

The US first confirmed its looting of Syrian oil during a Senate hearing exchange between South Carolina Republican Senator Lindsey Graham and former US secretary of state Mike Pompeo in July last year.

During his testimony to the Senate Foreign Relations Committee, Pompeo confirmed for the first time that an American oil company would begin work in Northeastern Syria, which is controlled by US-backed militants affiliated with the so-called Syrian Democratic Forces (SDF).

The Syrian government strongly condemned the agreement, saying that the deal was struck to plunder the country's natural resources, including oil and gas.

Back on February 20, Ghassan Halim Khalil, the governor of Syria’s Northeastern province of Hasaka, told the Lebanese Arabic-language al-Akhbar daily newspaper that the SDF militants steal 140,000 barrels of crude oil on a daily basis from oil fields in the region.

He added that the Syrian oil is being plundered by the terrorists in various ways, all with the participation and support of the American forces deployed to the region.

Khalil stressed that precise intelligence collected and received showed that the US-backed militants use tanker trucks from Taramish area in the vicinity of Tigris and in al-Malikiyah town to smuggle the Syrian oil to neighboring Iraq.