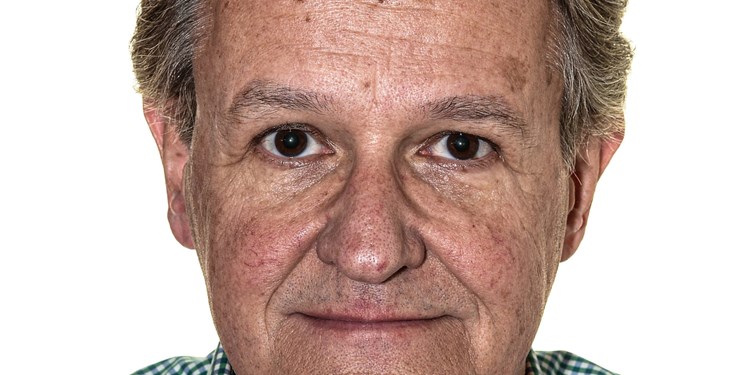 Speaking in an interview with FNA, Dr. Oberg said, “While I think censorship against certain specific activity and words can be legitimate, it has to be done by democratic procedure and law-making, not by a couple of individuals in corporate boardrooms… Over time Facebook, Twitter and Google to mention the most influential let profit-making take priority and then - the larger they got - began to play politics.”

“If you want people to see the difference between fake/omission and truth, there is no AI or corporate machinery that can teach people that. Only solid, diverse education acquired through hard work and modern knowledge sharing can secure that”, the Noble Peace Prize nominee added.

Jan Oberg, Ph.D in sociology, is a Danish citizen based in Lund, Sweden. He is an internationally respected and award-wining peace researcher, mediator and peace commentator as well as an author. Dr. Oberg is the director at TFF-Transnational Foundation for Peace and Future Research. He formerly served as a Board member and Secretary-General of Danish Peace Foundation, and many other peace foundations. He taught peace courses at various universities.

Q: Most American Social Media networks claim to connect people around the world the most efficiently. Are they efficient in the way their owners claim?

A: I would like to believe that Facebook and all the rest started out with idealistic goals like that. That is why I joined in 2007. Free communication and struggle for good causes across the globe. Could be seen as a way to further peaceful relations too. Over time Facebook, Twitter and Google to mention the most influential let profit-making take priority and then - the larger they got - began to play politics. The latest we have seen of it is how two of them simply closed down the US President's account. I think these trends have been incremental but at some point you have to say that "enough is enough" and that is what The Transnational Foundation and I have now decided.

Facebook is known to be connected to the - pro-NATO - Atlantic Council and one of the chairpersons of its Oversight Board is a former Danish PM who is known for her blind loyalty with US foreign policy. While I think censorship against certain specific activity and words can be legitimate, it has to be done by democratic procedure and law-making, not by a couple of individuals in corporate boardrooms.

Q: There are claims that Facebook and Google actively silence alternative news outlets (e.g. Press TV) and individuals who expose what is intentionally kept hidden by the Mainstream Media. Do you believe so?

A: Silenced, yes, by closing down accounts - like in the case of Trump, the American Herald Tribune and Press TV. Or, like Google, de-ranking. I refer to an investigation that shows that Google Search has changed the algorithm deliberately and certain left-wing and peace-oriented organizations have felt that. TFF and I have felt how much more difficult it is today to reach people compared with 5 or 10 years ago. There must be a reason because it has taken place while we were more active and published more about front page topical issues. I felt a very marked slump in spring 2017 after my reports from Syria. I guess algorithm is the new word for censorship - and it is secret how they operate and it is anonymous. We at least know when a government does censorship and who is responsible. With a view to the future, I feel very sad, if not disturbed by these trends and dark forces that interfere with free opinion formation in so-called societies. But that sort of thing usually intensifies when leaders feel that their time is over and Empires are about to fall.

We now insist at TFF that we shall not participate in discussions on these three a-social media platforms. That is a) to keep independent of what they may do but also b) because we really feel that the comments and debates should take place at the publishers’ platform, i.e. on our homepage. If we let all discussion take place on social media, we are fools because someone will try to control it. They do not pay anything for all we deliver to them and then the "thank you" is manipulation, tracking and violations of our human right to privacy.

Q: Are such networks required by law to unilaterally promote Western politics all around the world?

A: Perhaps human political motivations are more important. When Zuckerberg chooses The Atlantic Council, he cannot not be aware what political orientation he ties Facebook with, namely the forces of militarism, NATO, nukes and all that.

I have one principle for TFF and myself: Sustain your integrity and self-reliance to do free research and public education. There is no other way these days and, so, we also do not accept money from any government or corporation, we are people-financed. We have decided to move to other social media such as LinkedIn, VK and WeChat in the future also because the real dynamics is now outside the Western world. When it falls, so will Facebook and the rest be reduced - perhaps there will be a 2nd and 3rd Internet and totally new ways to communicate - truly across the globe. Private censorship - no matter who does it - is a thing of the past. Why do I say that? Because I believe in education and civilized behavior. If you want people to see the difference between fake/omission and truth, there is no AI or corporate machinery that can teach people that. Only solid, diverse education acquired through hard work and modern knowledge sharing can secure that. Wise governments are those that have invested tremendously in education - China being one of them, of course. With education can follow civilization, moderation, cultivated manners and dialogue, respect and all the other things we all cherish no matter where we are.

But we live increasingly in kakistocracies - societies run by the worst, least qualified, and/or most unscrupulous citizens - that is, post-literary and anti-intellectual people and systems with no vision. If anything, we need social media and forms of communication and cooperation that can help bring about the opposite. Facebook, Google and Twitter could have helped humanity in that direction. That dream has now become a populist nightmare instead.

Sad about it? Yes, of course. But - it is never too late to think up something better. The first is diagnosis and prognosis. Then comes doing things in a new way - and we will.