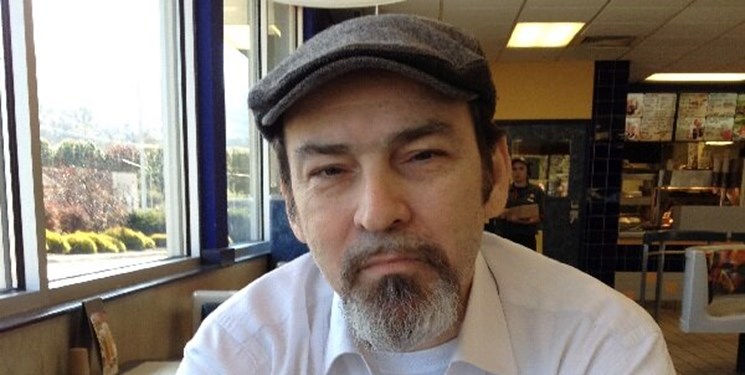 TEHRAN (FNA)- Colin Cavell, Professor of Political Science, says the Bahrainis continue to protest the illegitimate existence of a hegemonically-imposed and backed monarchy although the Al-Khalifa family continues to kill and torture protesters with impunity.

Speaking in an interview with FNA, Professor Cavell said, “The dictatorial Al-Khalifa family is only interested in preserving its power and accumulated wealth while ensuring their control over the levers of society—economic, cultural, and political—to facilitate the expansion of their ill-gotten plunder.”

“The ensuing murders, tortures, imprisonments, and show trials galvanized the majority of Bahrainis to commit to an unending resistance… That is why Bahrainis today continue to protests the illegitimate existence of a hegemonically-imposed and backed monarchy”, he added.

Colin S. Cavell earned his Doctorate of Philosophy degree in Political Science from the University of Massachusetts in 2001. Dr. Cavell is a tenured Full Professor of Political Science at Bluefield State College in Bluefield, West Virginia, having previously served as Chair of the Department of Social Sciences. He has taught at the University of Bahrain in the Kingdom of Bahrain, as well as a number of universities across the US.

Q: Bahrain largely silenced the uprising, but not entirely. Why is it the case that a decade after the uprising, we see Bahrainis actively protesting and demanding the fall of the Al-Khalifa family regime?

A: Since the discovery of oil in Bahrain in 1931, Bahrain’s strategic importance has spread beyond the Persian Gulf and the Middle East. When Britain relinquished hegemonic control over Bahrain, as independence was granted in 1971 with Sheikh Isa Bin-Salman Al-Khalifa becoming the country’s first Emir. The United States, in that same year, was allowed to rent naval and military facilities in the island nation, and gradually took on the mantle of imperial overlord over Bahrain. Four years later, in 1975, Prime Minister Sheikh Khalifa Bin-Salman Al-Khalifa dissolved the elected National Assembly allowing Emir Isa Al-Khalifa to rule by decree for the next 24 years until he was succeeded by his eldest son, Hamad, who, a few years later in 2002, declared himself King while steering through a series of reforms to allow for a bicameral parliament with an elected lower house and an appointed upper house. As the majority working-class Shia population, in opposition to the minority Sunni monarchy, increasingly expanded its representation in the lower house National Assembly, the ruling Al-Khalifa regime cracked down harshly on opposition protests, manipulated elections, stepped up arrests, ruled increasingly by decree, and exacerbated the Shia-Sunni confessional divide for its own purposes in a policy of divide and conquer so as to obscure the blatant class nature of the conflict. Years of opposition to US imperial rule in the Middle East and North Africa came to a boil in late 2010, first in Tunisia, then in Egypt, and, thirdly, in Bahrain, where the largest demonstrations per capita in the Arab world against dictatorial rule erupted. In response, King Hamad called in the [Persian] Gulf Cooperation Council Peninsula Shield Force, composed primarily of Saudi and Emirati troops, in March of 2011 to put down what was by then a revolutionary mass poised to overthrow the Al-Khalifa monarchy. The ensuing murders, tortures, imprisonments, and show trials galvanized the majority of Bahrainis to commit to an unending resistance to the autocratic rule of one family over the nation, and that is why Bahrainis today continue to protest the illegitimate existence of a hegemonically-imposed and backed monarchy.

Q: Why is it that no single Bahraini high-ranking official has been held accountable for the death and torture of protesters since the uprising started?

A: Only in a democratic government is accountability to the public possible. As such, the dictatorial Al-Khalifa family is only interested in preserving its power and accumulated wealth while ensuring their control over the levers of society—economic, cultural, and political—to facilitate the expansion of their ill-gotten plunder. They must excuse each other of their family crimes, so as to preserve some semblance of unity given their small numbers in relation to the vast majority of the population which detests them and their illegitimate rule.

Q: The Al-Khalifa regime signed the Abraham Accords, officially recognizing Israel, in spite of the Bahrainis’ outrage. Does the regime represent its people?

A: The Al-Khalifas operate under the pretension that their hereditary monarchy was handed down to them by the first Emir and that succession of the eldest son will continue in perpetuity. Thus, the Al-Khalifa monarchy has never in fact represented the people of the nation; instead, as the British used to explain to the American colonists in the eighteenth century, they are “virtually represented”.