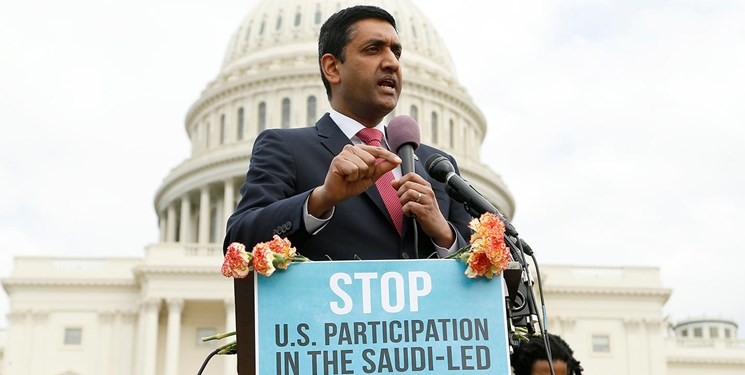 TEHRAN (FNA)- Yousra Abdulmalik, Yemeni journalist, says the US President’s statement of withdrawing the US from the war on Yemen aimed to “market US illusion” in the West Asia region.

Speaking in an interview with FNA, Yousra Abdulmalik said, “His statements, at the same time as they are continuing their [acts of] aggression and blockade, are useless. US Administration needs to understand that actions speak louder than words. Biden must announce stopping the aggression against Yemen from Washington, from which the decision of starting it was announced.”

Yousra Abdulmalik is a Yemeni journalist based in the capital Sana’a. Her articles appear on major Yemeni news outlets.

Q: How do you find US President Biden’s move to withdraw the US from the war on Yemen, and reverse the sanctions against Ansarallah?

A: Biden used these phrases only so that his administration could market the American illusion in West Asia, after discontent began to escalate against the US Administration led by Trump, to rebuild confidence in America in the region, including Yemen.

Unlike Trump's Administration, Biden’s has kept its desire hidden, to avoid accusation any participation in committing war crimes against Yemen in the future.

US also realizes that the resistance forces have become an enemy that cannot be defeated, so it tries to flirt with them indirectly.

Q: The war on Yemen was Saudi-led and US-backed. Does Biden’s move to stop support of the war mean an end to the war?

A: The war in Yemen ends once all airstrikes stop and foreign forces leave the country. The US has fully supported the Saudi-led aggression, playing a key role in perpetuating the bloody aggression.

Still, there are ways for the US to act against Yemen under the pretext of fighting al-Qaeda; it is known that US is the one which backed the terrorist group, as said by Hilary Clinton. Biden also declared protecting Saudi Arabia from missiles.

His statements, at the same time as they are continuing their [acts of] aggression and blockade, are useless. US Administration needs to understand that actions speak louder than words. Biden must announce stopping the aggression against Yemen from Washington, from which the decision of starting it was announced, and lift the siege on Yemen in general.

The Saudis intend to continue the inhumane and barbarous siege on Yemen and punish the Yemeni people collectively; although the UN and other international organizations warn that the humanitarian crisis is worsening day by day.

Q: Are you skeptical about what may come next?

A: The Yemeni nation resolve and steadfastness will not be damaged in the face of the enemy, whatever the challenges might be.

The popular Houthi Ansarallah movement, backed by the Yemeni armed forces and allied popular groups, has gone from strength to strength against the Saudi-led invaders, and successfully defended Yemen, leaving Riyadh and its allies bogged down in the country.

After years of Yemeni appeals and calls to the UN and international organizations and many peace talks to stop the war, but in vain, it is obvious that we only hear responses after targeting the aggressives’ military targets.