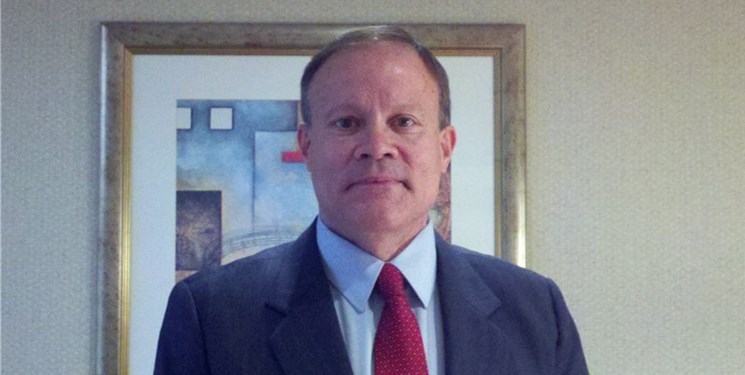 TEHRAN (FNA)- Mark Dankof, former US Senate candidate, says Trump’s second impeachment would be justifiable if that were over the assassination of Iranian Lieutenant General Qassem Soleimani.

Speaking in an interview with FNA, Dankof discussed the reason why former US president was never convicted for his order to assassinate the Iranian top commander, and said, “Israel’s partisans on Capitol Hill in both parties would never have allowed that to happen… Democracy in the United States has 5th stage terminal cancer. Both parties are financed and controlled by the military-industrial complex, central banks, National Security State, Israeli Lobby, and multinational corporations.”

Mark Dankof is a broadcaster and political commentator. Formerly the 36th District Chairman of the Republican Party in King County/Seattle and later an elected delegate to Texas State Republican Conventions in 1994 and 1996, he entered the United States Senate race in Delaware in 2000 as the nominated candidate of the Constitution Party against Democratic candidate Thomas Carper and Republican incumbent William Roth.

Q: Why was Donald Trump acquitted in the US Senate’s impeachment session?

A: I believe the Senators who voted to acquit Trump were absolutely correct in doing so. The notion of impeaching a President already out of office, is inherently absurd. The Democrats and the Deep State have still not gotten over Clinton’s loss to Trump in 2016, and have not let him rest since. The Russia Gate narrative was a $32 million dollar investigatory bust, and proven to be based on a pack of lies.

Ironically, Trump should have been impeached and convicted for his illegal, extra-judicial assassination of General Soleimani, but Israel’s partisans on Capitol Hill in both parties would never have allowed that to happen.

Q:  Does this mean future conviction of Donald Trump will certainly fail?

A: Trump is off the hook in terms of impeachment proceedings. What remains to be seen is whether or not his political enemies can produce a legitimate criminal case against him for felonious income tax evasion. If they can, he will be prosecuted, jailed, and in permanent political exile.

Q: How do you view American version of democracy from the surface of Trump’s Senate Impeachment?

A: Democracy in the United States has 5th stage terminal cancer. Both parties are financed and controlled by the military-industrial complex, central banks, National Security State, Israeli Lobby, and multinational corporations. All of these entities control Mainstream Media in America. True political representation of the average American has evaporated since the JFK Assassination in 1963. Add to that Voting Machine Fraud and the destruction of the First Amendment and freedom of speech by the social media giants and one understands how hopeless it really is.