Leela Anand: Millions of Americans at Risk of Eviction 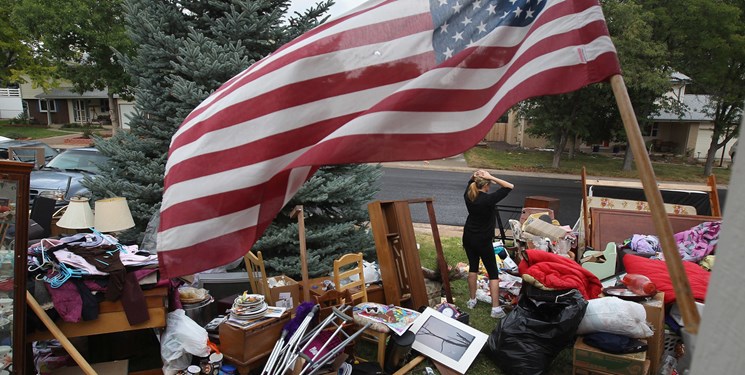 TEHRAN (FNA)- Leela Anand, journalist, says expensive utility bills and rents have made tens of millions of US renters face the risk of losing their homes.

Speaking in an interview with FNA, Anand said, “Government assistance is gravely inadequate in addressing the massive need… . Politicians do not want to cut into the profits of the big corporate landlords, who own the majority of the housing in the country. The laws in place exist to support the profit-making schemes of the wealthy landlords and are not in the favor of the majority that is suffering. In this way, the courts and the police protect the interests of the private sector and the ultra-rich.”

Leela Anand is a member of US Party for Socialism and Liberation, and ANSWER Coalition. She is also a journalist writing for Liberation News.

Q: Under the recent COVID-19 pandemic, many Americans have lost their jobs. For the low-income American households, how would they afford to pay utility bills or catch up with rents?

A: Currently, tens of millions of working class families across the US are $40 billion in debt to utility companies and over $50 billion in debt for rents. During the pandemic, some federal funding has been allocated towards unemployment benefits, and rent and utility assistance programs. However, this government assistance is gravely inadequate in addressing the massive need. Even before the pandemic, utilities were expensive and unaffordable to millions of Americans. Rents have skyrocketed over the years while wages continue to stagnate, homelessness is on the rise. This is a result of the housing and energy sectors largely owned and controlled by private corporations. Last month, a winter snowstorm swept through the southern states in the US, which proved to be a disaster for millions of people who ended up without electricity and running water for many days, while dealing with freezing temperatures. The utility companies and the politicians have not only not taken responsibility for not modernizing the infrastructure, which would have averted such a crisis, but are now forcing people to pay outrageous utility bills worth thousands of dollars. People are getting organized and resisting using tenant unions and organizations like Cancel the Rents.

Q: We see some landlords who use the court system and police to evict families from their homes, as that was the case with a family which was given only 20 minutes to vacate their place. What does it show about the court system, and law enforcement police?

A: Throughout the pandemic, the US government has not adopted a federally-mandated moratorium on utility shut offs, or evictions. The public health entity in the country, the Center for Disease Control, issued a temporary moratorium on evictions, but it is more of a recommendation than a legally binding law. In the early months of the pandemic, several states adopted moratoriums on evictions, but many of the moratoriums have since been lifted. This has left tens of millions of renters at risk of eviction, and at the mercy of their landlords and the courts. The police assist the landlords in enforcing evictions. The reason that federal and local governments in the US will not implement legally-binding moratoriums is because the politicians do not want to cut into the profits of the big corporate landlords, who own the majority of the housing in the country. The laws in place exist to support the profit-making schemes of the wealthy landlords and are not in the favor of the majority that is suffering. In this way, the courts and the police protect the interests of the private sector and the ultra-rich.

Q: Do you believe the Capitalist system is able to address this issue?

A: The capitalist system cannot address the housing crisis we see in the US because it is capitalism itself that has created the crisis. Under the capitalist system, housing is a market commodity to be bought and sold, it is not a human right. This is also the case for utilities like electricity, water, which all people need for survival. The natural tendency of capitalism is towards greater privatization. State-funded housing is minimal, and under constant threat of privatization. There is a lack of investment in massive public housing projects by the government because it would not be a source of profits. Absurdly, there are over 17 million vacant housing units in the country. Meanwhile, in the wealthiest country in the world, there are people living on the streets, and without electricity and running water. The problems created by capitalism cannot be solved using capitalist solutions, such as homeless shelters and temporary moratoriums. We need to replace a system and a government that spends the majority of its yearly budget on military expansion and wars abroad, with one that guarantees housing and other basic needs as fundamental rights.