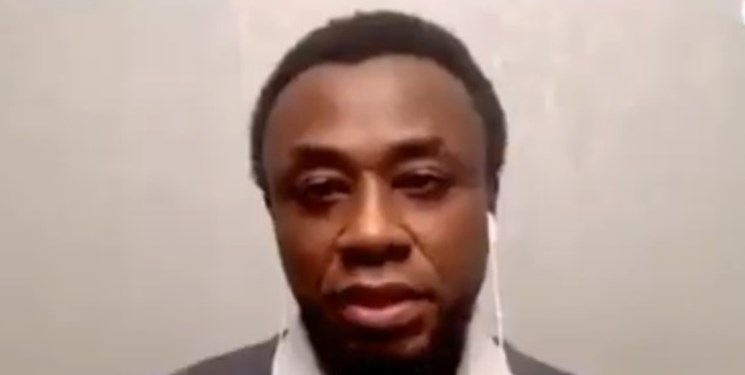 Speaking in an interview with FNA, Dr. Traore said, “Emmanuel Macron treats France’s Muslim population not differently from the way they have always been treated. The French Muslim communities, mainly composed of North Africans and West Africans, were, in colonial times, subjects who did not have the same rights as their French counterparts, and were neither considered as totally French. The same treatment seems to be applied today to their descendants living on the soil.”

Q: What will the Muslim community in France face after passing the anti-separatism bill in the lower house of the French Parliament?

A: It was during the summer 2020 that a law called the law against separatism was first announced by French Minister Delegate, Marlène Schiappa, in charge of French citizenship within prime minister Jean Castex’s government. From the first announcement, there was no ambiguity that the bill, aimed to become law in 2021, targeted more specifically the Muslims. The bill is a project that aims at further strengthening the French process of assimilation of the Muslim communities living on the French soil; which makes it, if approved, a racially and ethnically centered law.

To be honest, if that happens, it will not really be something new; as in practice, Muslims in France have clearly been the target and scapegoat of the different successive governments of the last three decades. What the bill will change, though, if transformed into law, is that it will make official certain behaviors and treatments towards Muslims; thus, preventing them to be better organized in the French society.

The bill is focused on six different points that are: education, online hatred, neutrality when dealing with public services, separatism, organizations, and dignity and equality. Although some of these points, such as online hatred, or again dignity and equality, are obvious and clearly understandable, most of them, though, remain unclear and could be compared to those ethnocidal programs that existed two centuries ago in the USA against the native Americans, or in Australia with the Aborigines, and more recently in Burma with the Rohingyas.

Q: Macron previously sparked controversy by defending republication of the sacrilegious cartoons of Prophet Mohammad (PBUH) in the name of “Freedom of Speech”. Why is he treating Muslims this way?

A: What is an insult for some might not always be an insult for others. The French definition of sacrilege is clearly different from that of most countries in the world. The French conception and understanding of secularism somehow differs from that of many countries. It is quite common to see, in the French newspapers or TV, caricatures mocking at Jesus, without having any grief, disagreement, or disappointment clearly expressed by the religious communities (particularly the Christians and the Muslims) who regard the latter and his teaching of life as an example. It is, therefore, coherent that the Prophet of the Muslims, Mohamed (PBUH), will difficultly escape such treatment from those opposed to his teaching and conception of life. An interesting question here is: “Is it coherent to remain silent and emotionless when Jesus is caricatured and insulted, on the one hand, and be voiceful and angry when the same treatment appears to be reserved to Mohamed (PBUH)?”

The French president is not Muslim, and he is clearly ignorant of Islam. In that regard, he cannot really be accountable for what could appear, for some, as a blasphemous mistake. Emmanuel Macron is, beforehand, a politician who, like many others of his counterparts, has understood the French anti-Muslim sentiment, which he tries to satisfy in times of political instability, to maintain himself in power in the next presidential elections, in 2022.

There is also no contradiction in his political calculation, either. Emmanuel Macron treats France’s Muslim population not differently from the way they have always been treated. The French Muslim communities, mainly composed of North Africans and West Africans, were, in colonial times, subjects who did not have the same rights as their French counterparts, and were neither considered as totally French. The same treatment seems to be applied today to their descendants living on the soil, and this, despite their status of French citizens. Hence, also, the different forms of discrimination and injustice they experience on a daily basis.

Just like two centuries ago, when those leading the French nation also represented a society composed of more than 5 million Muslim subjects and servants - some of them, sometimes constrained to forced labor - today’s French Muslims are represented by Emmanuel Macron, a president whose consideration for the Muslims has barely changed from that of his predecessors.

France is this nation where a considerable part of the population is convinced that the French identity, as it is known today, was initially forged after the expulsion of what constituted the presence of Omayyad Empire, on would-be French territory, in 732.

Q: Those who elected Macron were against far right nationalists. However, Macron’s “anti-separatism” bill is in line with the far right groups. Is Macron betraying his presidential campaign pledges?

A: The French far right nationalist party has in the last two decades been the tool of the French oligarchy, ready to deploy any means to maintain itself in power and protect its interests. Playing the game of the far right national party, so that all the debates of the presidential elections revolve around the themes of insecurity, immigration, Islam and the Muslims, was recurrently organized and encouraged by the French mass media. Had the French really wanted to seriously tackle the issue of nationalism and racism in France - among other forms of injustice - they would have voted for candidate Jean Luc Mélenchon. The French, consciously, voted for Emmanuel Macron, knowing exactly who and how the would-be president had been formed, trained, financed and would probably fail to respect his political pledges. The bill on anti-separatism is, also, nothing else but another announcement of coming presidential elections that could, ideally, for those who hold the financial reigns of the country, see a battle and victory of the candidate of the establishment over the French Front National political party.