Moscow Says Situation in Donbass ‘Frightening’ as Ukraine Calls on NATO, Washington for Support in Event of Conflict with Russia 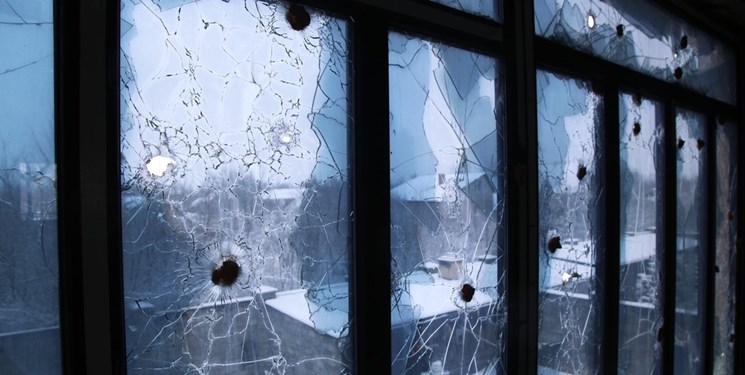 TEHRAN (FNA)- Moscow warned that fighting is escalating in Eastern Ukraine, insisting that the region must avoid a full-scale conflict, as Kiev asks NATO to step up its local combat readiness and says the US would come to its aid in a war.

Speaking to journalists on Friday, Kremlin Spokesman Dmitry Peskov stated that a series of military clashes in the Donbass region was a cause for concern, RT reported.

“Unfortunately for us,” he noted, “the reality on the line of contact is quite frightening, and not just one, but many, provocations by the Ukrainian Armed Forces are taking place.”

Kiev insists that Russia is building up troops near the shared border and blames separatists, who have previously received support from Moscow, for breaking a ceasefire.

Kiev officials last week announced that four of its soldiers had been killed by shelling during clashes with rebels in the East of the country.

Andrey Rudenko, Russia’s Deputy Foreign Minister, denied that Moscow had anything to gain from an increase in tensions.

“I am sure that all the talk about some upcoming conflict between Ukraine and Russia is an example of another fake spread primarily by the Ukrainian authorities,” he continued, adding, “Russia is not interested in any conflict with Ukraine, let alone a military one.”

In a statement released on Friday, it was confirmed that an adviser to Ukrainian President Volodymyr Zelensky had proposed that NATO should increase its presence in the country. As part of a call with representatives from two of the US-led military bloc’s member states, Roman Mashovets, Deputy Head of the Office of the President, stated that “such actions of the Russian Federation pose a challenge to the security of Ukraine and NATO, which must be balanced by joint efforts”.

The missive revealed that one option Mashovets put forward was “joint activities, including military exercises of Ukraine and NATO”. These activities, it added “should include land, naval and air components. In addition, it is advisable to increase the level of combat readiness of troops in NATO countries bordering Ukraine.”

Moscow has rejected claims that it is unwilling to participate in talks with NATO, arguing instead that it would be eager to hold a summit, but only if it sticks to topics that are actually within the US-led military bloc’s remit.

Last week, the faction’s General Secretary, Jens Stoltenberg, claimed that a breakdown in communication was the fault of one side alone.

“Since the summer of 2019, there have been no meetings of the NATO-Russia Council,” he noted, adding, “And that's because Russia has not responded positively to our invitation to convene the Council.”

“I regret that, because I think that dialogue is important, especially when times are difficult as they are now, then it is important that we sit down, discuss also difficult issues,” Stoltenberg added, saying, “I believe in dialogue with Russia partly to strive for a better relationship with [that country].”

However, on Wednesday, Moscow hit back at the remarks, with Foreign Minister Sergey Lavrov arguing that his country was not opposed to talks with the bloc.

“Our colleague Mr. Stoltenberg declares that Russia refuses to work in the Russia-NATO Council,” Lavrov stated, insisting that “we do not refuse to work, we just don’t want to sit there and hear about Ukraine”.

“NATO has nothing to do with Ukraine,” the FM continued, “and yet when they offer to convene the Russia-NATO Council, they always insist that the first question should be about Ukraine. We sat down a couple of times, listened, we all know this. Therefore, we have proposed to restore contacts between our militaries in order to save complex agreements that we have previously signed.”