Iraqi Groups Reject Talks with US, Vow to Step Up Resistance 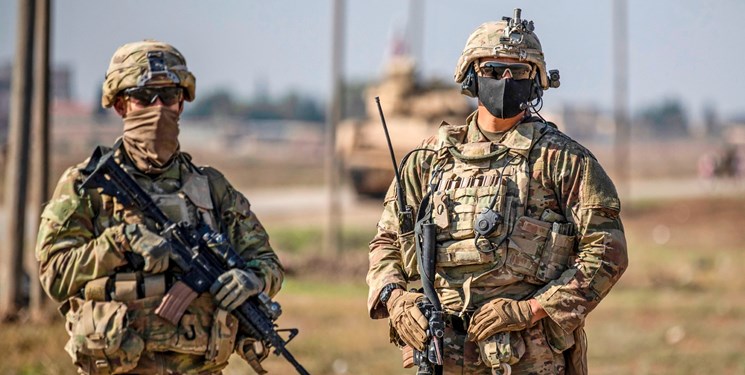 TEHRAN (FNA)- A prominent Iraqi anti-terror group reacted to the upcoming round of so-called strategic talks between Baghdad and Washington, whose key agenda item is reportedly the US combat deployment, emphasizing that armed resistance and operations against American occupation forces will continue until they are fully removed from the Arab country.

“The message that the occupying United States, its allies, supporters and subordinates need to comprehend is that the resistance is determined to extend its operations until the occupiers leave, and close all their military bases throughout Iraq, including in Kurdistan region,” Jawad Al-Talibawi, a Spokesman for Asa'ib Ahl al-Haq movement, which is part of the Popular Mobilization Units, wrote in a post published on his Twitter page on Saturday, presstv reported.

White House Press Secretary Jen Psaki lately said that the United States would engage in a “strategic dialogue” with Iraq this month.

The talks, which began last June under the administration of former US President Donald Trump, would be the first under President Joe Biden. On the agenda is an array of issues, primarily the presence of US military forces on Iraqi soil.

Iraqi Prime Minister Mustafa Al-Kadhimi has told reporters he is approaching dialogue with Washington as a chance to push for the withdrawal of American troops.

Kata'ib Hezbollah, another Iraqi anti-terror group, dismissed the upcoming Iraq-US talks, which are scheduled for next week, as “futile and worthless”.

“Such negotiations are of no use because the Iraqi nation has made the decision to put an end to the presence of American occupiers. The Iraqi resistance will continue to put pressure on the United States, and has decided to cease this occupation,” Kata'ib Hezbollah's Military Spokesman Jaafar Al-Husseini stated.

Senior cleric and political leader Ammar Al-Hakim also noted Iraq's sovereignty will be complete once American occupation forces fully withdraw, adding that the United States should not have a permanent military base in the Arab country.

Speaking at a general assembly of the National Wisdom Movement in Baghdad on Saturday, Hakim said Iraq is currently at a critical juncture, and facing formidable challenges.

“The main challenge facing the country now is to safeguard existing achievements. Iraq's territorial sovereignty will be complete through the withdrawal of foreign troops,” Hakim pointed out.

The senior cleric continued, “Iraq can solve its challenges by adopting the three mottos of ‘No to the Presence of Foreign Troops, No to Foreign Military Bases and No to Interference in the Domestic Affairs of the Country.”

Iraqi lawmakers approved a bill on January 5, 2020, which requires the Baghdad government to end the presence of all foreign military forces in the country.

General Soleimani, the commander of the Quds Force of Iran's Islamic Revolution Guards Corps (IRGC), and his Iraqi trenchmate Abu Mahdi Al-Muhandis, the deputy head of the Popular Mobilization Units, were targeted along with their companions on January 3 last year.

It is estimated that there are currently 2,500 American troops in Iraq.