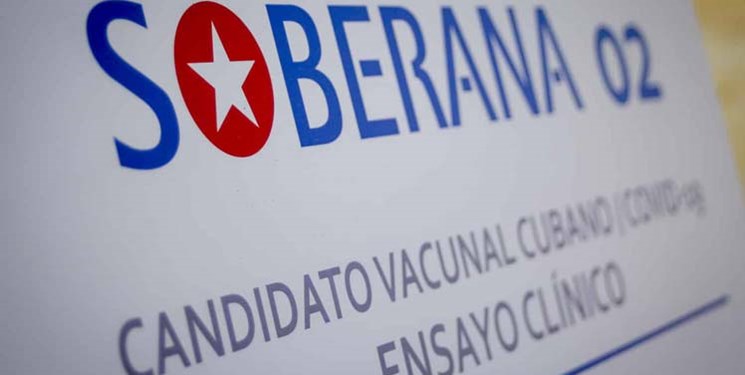 TEHRAN (FNA)- A senior official at Iran’s Food and Drug Administration (IFDA) announced on Sunday that the country will produce and distribute 2.5mln doses of coronavirus vaccine manufactured jointly with Cuba in late spring.

“If the third phase of clinical trial of the Cuba-Iran-made coronavirus vaccine, Soberana, receives approval, 2.5mln doses of the vaccine will be produced and distributed late in spring,” Seyed Heidar Mohammadi, the director-general of drugs and materials under control of the IFDA, told FNA.

He added that the third human trial phase for another Iran-made vaccine, namely COV-Iran Barekat, will also end late in spring, noting that 1.5mln doses of the vaccine will be manufactured in the first stage of production.

IFDA Spokesman Kianoush Jahanpour said late in March that the indigenized coronavirus vaccine, COV-Iran, developed by the Iranian scientists at the Headquarters for Executing the Order of Imam Khomeini (HEIKO) will be mass-produced late in spring.

"Phase 2 of human trial of COV-Iran Barekat vaccine will be terminated by the end of April. Given the reports of its success, the vaccine seems to have entered phase 3 and we will start the mass production phase in late spring to do general vaccination," Jahanpour said.

He added that a joint vaccine is also being developed in cooperation between Cuba and the Pasteur Institute of Iran. "Phase 1 and 2 of its clinical trial have been conducted in Cuba and phase 3 has begun in Cuba," he said, noting that 100,000 doses of this vaccine have been imported into the country and phase 3 of the clinical trial of this vaccine will start in the country with an interval of two weeks.

"Of course, as soon as the reports of phase 3 of this vaccine are confirmed, the general vaccination and its mass production will start in Iran and Cuba," Jahanpour said.

He also added that vaccine of Milad Daru Noor Company, under the supervision of the Ministry of Defense, entitled 'Fakhra' vaccine, has entered phase 1 of clinical studies and will be available until late summer.

"The Razi is also going through the last days of phase one and if approved, it will enter phase two," he said, adding that the vaccine also appears to be available to the public in late summer and early fall.

"In addition to the mentioned vaccines, several research institutes have vaccines in the pre-clinical study stage and even in the clinical stage, and if approved, they will go under mass production next autumn and winter," Jahanpour said.

Last month, Head of Iran’s Headquarters for Executing the Order of Imam (Khomeini) Coronavirus Research Team Hassan Jalili said that the indigenized coronavirus vaccine, COV-Iran, is capable of controlling the coronavirus completely, even the mutation that originated in Britain.

“The vaccine is fully capable of controlling coronavirus and there is no problem in this regard,” Jalili said, addressing a ceremony to start the second phase of the clinical trial of COV-Iran vaccine.

He added that nearly 1.5mln doses of COV-Iran vaccine will be produced by the end of spring.

Jalili expressed the hope that by mass-production of the vaccine, Iran would be the first country in the world to complete vaccination of its population against COVID-19 virus by the year-end.