Judiciary Chief: Iran Insists on US Removal of Sanctions, Verification 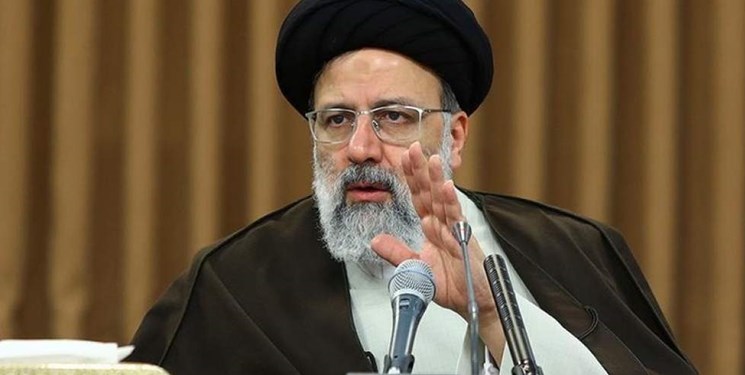 TEHRAN (FNA)- Iran’s Judiciary Chief Seyed Ebrahim Rayeesi reiterated that his country will not reverse its remedial measures on the nuclear deal until the US removal of all sanctions and verification of its measures by Tehran.

“Today, the clear policy and strategy of the Islamic Republic towards the US is that it should lift all sanctions and we should verify them and then return to the nuclear deal undertakings,” Rayeesi said, addressing the intelligence ministry officials and personnel in Tehran on Sunday.

"Supreme Leader of the Islamic Revolution (Ayatollah Khamenei) did not declare this strategy in a closed-door room but in the presence of all people of Iran, and no other strategy is acceptable," he added.

Rayeesi referred to certain analyses which say that the new US administration is different from the Trump government, and said the Americans have always been after implementing arrogant plots against the Iranian nation and if they claim that they have changed this policy, they should prove it in practice.

His comments were repetition of positions taken by other branches of power in Iran.

The Iranian legislators in a statement on Sunday underlined strong opposition to the removal of the US sanctions based on a step-by-step plan, saying that embargoes should be lifted all together.

“The unchangeable policy of the Islamic Republic of Iran is to require the other parties (to the nuclear deal) to completely lift sanctions; meanwhile, assuming that the sanctions remain in place, it plans to defuse the sanctions, develop economic progress and improve the welfare and livelihood of people,” the statement said.

It referred to the talks being held between Iran and the Group 4+1 (Russia, China, UK and France plus Germany) within the framework of the Joint Commission of the nuclear deal, and said, as stressed by the parliament law and all Iranian officials, all sanctions should be lifted completely and Iran should be able to verify them before Washington can return to the nuclear deal.

“The cruel sanctions, imposed by the Obama and Trump administrations on the oppressed people of Islamic Iran should be lifted once and all together, and on this path, any negotiations to specify reciprocal steps with the G4+1 and the US will be considered as actually an effort by a few individuals to delay the complete lifting of sanctions, detrimental to the nation’s interests, unacceptable and contrary to the principles of dignity, wisdom and expediency and the general policies of the Islamic Republic and the parliament’s law,”  the statement said.