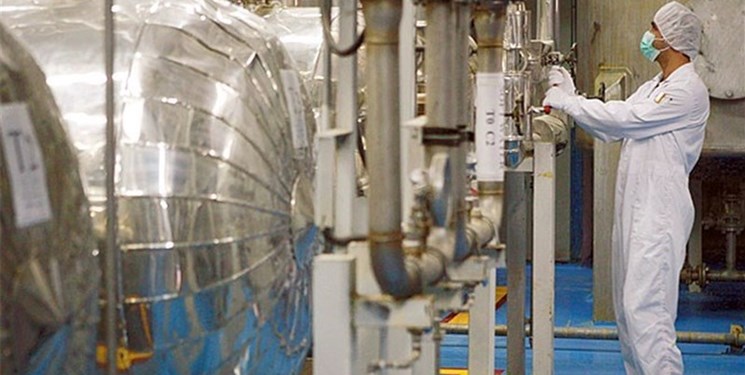 TEHRAN (FNA)- Spokesman of the Atomic Energy Organization of Iran (AEOI) Behrouz Kamalvandi announced on Wednesday that the country has stockpiled 55kg of uranium enriched to the purity level of 20%.

Kamalvandi underlined that the parliament’s law for Strategic Measures to Counter Sanctions is being implemented by the AEOI, adding, “An important part of this law was annual production of 120kg of 20% enriched uranium and measures for implementing that was adopted instantly.” 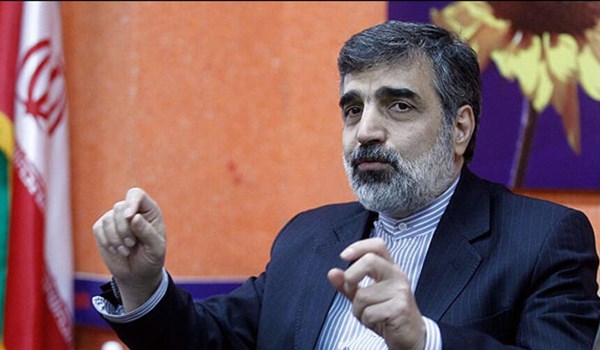 “55kg of 20% enriched uranium has been produced so far and with this speed, we can reach the determined aim in less than eight months,” he said.

Kamalvandi said that the capacity for enriching uranium to the 20% level has increased compared to the pre-JCPOA era, adding, “Currently we have 16,000 SWUs capacity for the enrichment and the figure was 12,000 SWUs before the nuclear was inked.”

Since Iran is using new generations of centrifuges such as IR-6, the rate of uranium output has increased, he said.

"Currently, we see the deployment of 2,000 IR2M machines," Kamalvandi said, adding that a cascade of IR-4 centrifuges has been installed and the second cascade will also be put in place.

According to the Parliament’s law, a cascade of IR-6 has also been deployed and the next cascades are under development, the spokesman said, noting that the speed of enrichment will see a “significant increase” with the completion of these installations.

Earlier this month, AEOI Head Ali Akbar Salehi had said that the country has reached the level of producing 50 kilograms of uranium with the rate of 20% enrichment.

“According to the parliamentarian law, we were supposed to produce 120 kilograms of 20% enriched uranium,” he said, adding, “now, we have managed to produce 50 kilograms.”

“Surely, Iran has become stronger at the global scene,” the official said, stressing that Iran is the key to any problem in the region.

In relevant remarks on March 29, Iran's permanent mission to the UN rejected any new proposal by the United States to rejoin the nuclear deal, including the offer of a partial removal of sanctions in return for a halt of 20% uranium enrichment by Iran, saying that Tehran would halt 20% enrichment only after verifying the removal of all sanctions by the US.

The Iranian mission said that there is no need for any new proposal for Washington’s rejoining the Joint Comprehensive Plan of Action, stressing that the precondition for Iran’s stopping of 20% uranium enrichment is the removal of all sanctions by the US and verification of the measure by Tehran.