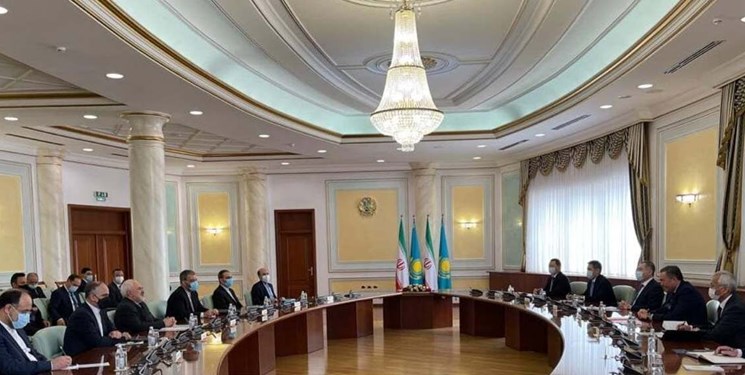 During the meeting in Kazakhstan's capital today, Zarif said that historical, cultural, political and economic cooperation is of great importance in Iran-Kazakhstan relations.

On the second leg of his Central Asian tour, Iranian foreign minister traveled to Kyrgyzstan and discussed bilateral issues with his Kyrgyz counterpart and president of Kyrgyzstan.