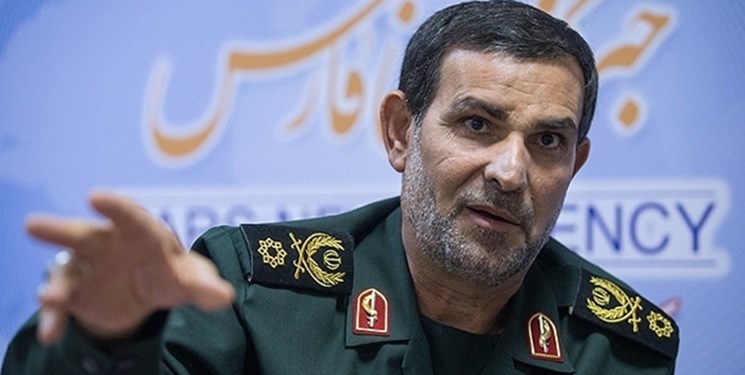 “The IRGC Navy forces do not hesitate even a moment in paving the path of strength and they are ready for all-out defense for the Islamic Revolution at any point on earth,” Rear Admiral Tangsiri said.

He added that the Americans are not in favor of Iran’s security, stability, economic growth, scientific growth and international dignity and attempt to block the country’s progress.

In relevant remarks in March, Rear Admiral Tangsiri had said that the country would continue its progress in production of different defense equipment on the path of self-sufficiency.

He also referred to the services provided by the IRGC Navy in construction of hospitals, specialized clinics, fishing docks, floating pools, schools and houses for people as well as road construction and water supply, and said more efforts will be made to increase these services in the new (Iranian) year to materialize the Leader's slogan of the year.

Also late in March, IRGC Commander Major General Hossein Salami in a letter to the Leader underlined efforts to further decrease the impacts of the US sanctions against Iran.