American Civil Rights Leader Says Britain Is 'Mother of Racism', Must Face Up to Its Role in Slavery 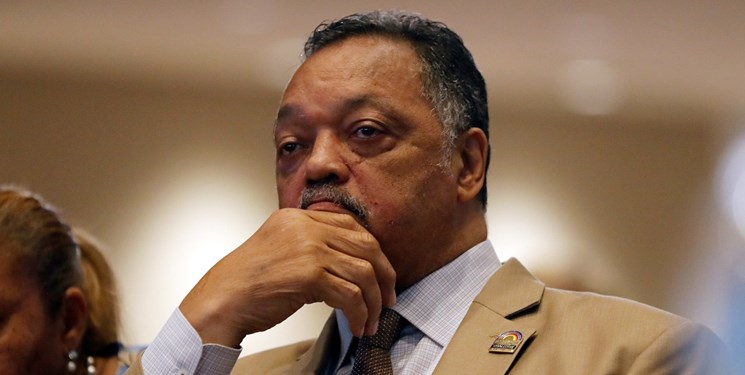 TEHRAN (FNA)- Civil rights leader the Reverend Jesse Jackson weighed into the UK's debate on race, by saying that Britain is the "mother of racism".

The influential American, 79, said Britain must face up to its role in slavery, as he flatly rejected the findings of the recent report into race and racism in the UK, The Daily Mail reported.

It comes after the Commission on Race and Ethnic Disparities, chaired by Tony Sewell, said it could find no conclusive evidence of institutionalised racism in Britain.

In its report, the commission also declared that the UK was a model to the world of a successful multi-ethnic society - while accepting that "overt" prejudice still exists.

However, Rev Jackson, who worked closely with civil rights leader Martin Luther King Jr, said there was a "pattern of racism" in the UK.

Speaking to Times Radio, he said, "Britain has a certain responsibility to face up to racism and change it."

"I've traveled across Britain and clearly there's a pattern of racism," he said.

He also claimed "blacks cannot... be part of the Crown" when asked if he thought the Royal Family was racist - in the wake of Meghan Markle's bombshell claims made in her interview with Oprah Winfrey.

The Duchess of Sussex claimed an unnamed member of the royal family had asked what colour skin Archie would be when she was pregnant with Prince Harry's first child.

Reverand Jackson refused to say if he thought the royal family were racist, but instead said the marriage between Harry and Meghan showed "change is in the air".

He added, "In a democracy, everybody has the chance to be everything."

"(There is) no superior race and no inferior race. All of us have royal blood. We're all God's children. Everybody matters," he added.

Rev Jackson is one of the most influential civil rights campaigners of his generation and was once close with Martin Luther King Jr.

The baptist minister was by the side of the civil rights campaigner when he was assassinated in 1968.

Alongside his civil rights work, Rev Jackson has also been involved in the creation of charities and twice ran to become the presidential candidate for the Democrats in the 1980s.

His criticism comes amid a strong debate over the findings of the report, which were published last week.

The Commission on Race and Ethnic Disparities, set up by Prime Minister Boris Johnson in the wake of the Black Lives Matter protests, concluded that although Britain is not yet a "post-racial society", its success should be a model for white-majority countries.

Chairman Dr Sewell said the UK had progressed into a "successful multi-ethnic and multicultural community" which was a "beacon to the rest of Europe and the world".

He warned ministers must also consider the needs of the white working class, saying his report had uncovered how "stuck" some groups were.

Dr Sewell later insisted he was not denying the existence of racism - but railed against people deploying the charge of institutional racism "willy-nilly".

But the report has faced a chorus of criticism from campaigners and politicians, including Baroness Doreen Lawrence.

Baroness Lawrence, whose son Stephen was murdered in 1993 in a racially motivated attack in South-East London, said the authors of the report are "not in touch with reality".

Speaking at a public event organised by De Montfort University Leicester's Stephen Lawrence Research Centre on Wednesday, she said, "When I first heard about the report my first thought was it has pushed [the fight against] racism back 20 years or more."

"I think if you were to speak to somebody whose employer speaks to them in a certain way, where do you go with that now?" Lawrence said.

"If a person is up for promotion and has been denied that, where does he go with that now?" he added.

"You know, all these things we've been working for and showing that structural racism exists - we talk about the pandemic when you look at how many of our people have died, all the nurses, the doctors, the frontline staff, of COVID, and to have this report denying that those people have suffered... they are denying that the likes of my son was murdered through racism and the fact that it took 18 years to get justice for him. The report is denying all those issues," he said.

"Those people who marched for Black Lives Matter? It's denying all of that. The George Floyd stuff? It's denied all of that," he added.

"So those who sit behind this report (saying) that racism doesn't exist or it no longer exists need to speak to the young boys who are stopped and searched constantly on the street. They need to speak to those young people," Lawrence said.

Baroness Lawrence continued, "They (the report authors) are not in touch with reality basically."

"That's what it boils down to. When you are privileged you do not have those experiences," he said, adding, "My son was murdered because of racism and you cannot forget that. Once you start covering it up, it is giving the green light to racists."

Labour Justice Spokesman David Lammy said black Britons were being "gaslighted" and called the report an insult to anyone in Britain who had experienced structural racism.

Meanwhile, Johnson insisted there are "serious issues that our society faces to do with racism" and that work needed to be done to "fix it", but warned the report's findings weren't necessarily aligned with the thoughts of those at No10.

He said, "This is a very interesting piece of work. I don't say the Government is going to agree with absolutely everything in it, but it has some original and stimulating work in it that I think people need to read and to consider."

"There are very serious issues that our society faces to do with racism that we need to address," he said.