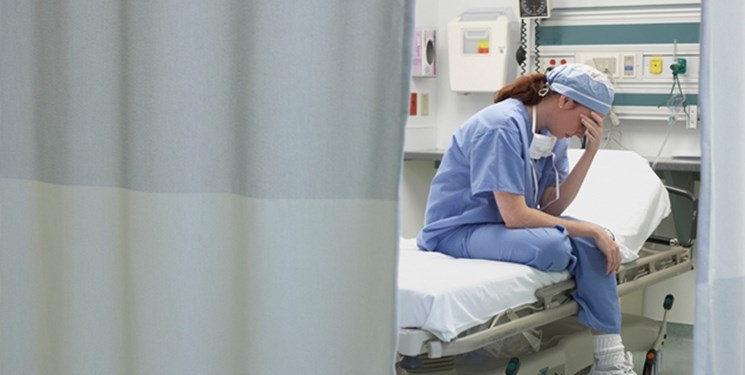 TEHRAN (FNA)- A "tsunami of deaths" is about to crash over the US in the wake of the COVID-19 pandemic and already-rising rates of chronic disease among Americans, a former Food and Drug Administration (FDA) official is warning.

Dr Robert Califf, a former FDA commissioner, predicted that the US will see a surge in chronic illnesses like heart disease - which was already on the rise - in the years following the pandemic, The Daily Mail reported.

Average US life expectancy fell by a year in the the first half of 2020, driven by COVID-19. Dr Califf wrote that that figure could fall further following the pandemic, in a Journal of the American Heart Association (AHA) editorial.

But Dr Califf argues that the worst is far from over, despite daily COVID deaths in the US falling to fewer than 1,000.

"Once the acute phase of this crisis is past, we will face an enormous wave of death and disability due to common chronic diseases (CCDs), with cardiometabolic diseases at the crest," Dr Califf wrote.

"A tsunami results when an earthquake on the ocean floor creates huge waves that can wreak devastation far distant from the original upheaval, especially when warnings are ignored," he said.

"Similarly, underlying global and national demographic and risk-factor profiles have for some time presaged an overwhelming burden of CCDs," he added.

COVID-19, a disease that did not exist 15 months ago, rose to the third leading cause of death in 2020, according to a recent CDC report.

But that still put it well behind more familiar, insidious conditions.

The pandemic killed about 375,000 people in the US last year, according to the CDC'S report.

Heart disease, encompassing stroke, heart attacks, heart failure and more, has been the leading cause of death in the US for decades.

And these fatalities have been on the rise in recent years, playing a supporting role to drug overdoses and suicides, which were the main drivers of declining life expectancy before the pandemic hit.

"The trends were already headed in the wrong direction, and the pandemic just kicks it into high gear," Dr Califf told DailyMail.com.

"Even without the pandemic, we were headed for trouble," he said.

The forthcoming "tsunami" is building on the backs of several factors, Dr Califf says.

American lifestyles have trended toward more sedentary time, less nutritious food and poorer care - all of which increase risks for heart disease, diabetes and other chronic diseases.

The long-term effects of COVID-19 are still being discovered, but "there's no question that, if you had pre-existing disease and you got infected, it just makes things worse", said Dr Califf.

"But in addition to that, we know there are a lot of people who just haven't been getting check-ups and getting preventive care," he said.

And he notes that the average American is estimated to have gained some 10 pound during the pandemic.

That will only further raise risks of metabolic problems, diabetes and high cholesterol which, in turn, increases risks for heart attack and stroke.

"The [US was in] a situation where we already needed to do something, and now it's more so," Dr Califf said.

He predicts the next wave of disease and deaths will disproportionately affect the same groups who have been hardest hit by the pandemic: People of color and lower income, less educated Americans.

"We've known [for decades] that social determinants of health are much more important than medical measurements," Dr Califf said.

"Wealth, education, race, ethnicity and where you live are the big factors that consistently come out as predictive [of health outcomes]," he said.

During the pandemic, the influences of these factors upon who gets COVID-19 and how sick they get from it has become undeniable.

And the states and the federal government have finally figured out how to consistently track these outcomes and disparities.

"The ability to aggregate social, economic and medical data and put it in a geo-temporal space of reference... if you had said that was possible [years ago] people would've said you're crazy," said Dr Califf.

"People being aware of health patterns happening in their neighborhood and in their county or state with a beautiful picture is much more powerful than words," he said.

But effective presentation of the data isn't enough.

Dr Califf says that in order to stem the coming wave of deaths, the US will have to make some fundamental changes, such as ensuring more people have access to basic necessities like nutritious food and a safe place to exercise, and perhaps an entire rework of our health systems.

"Our payment system is a big part of the problem," he says.

"Health systems are rewarded for optimizing care for people who pay and [systems] are not rewarded for prevention," Dr Califf believes.

"It's a strange thing because almost everyone I know in any of these sectors agrees we need to change what we're doing but no one will do it on their own because financial incentives...are very hard to change when finances are telling you you'll take a hit. But something needs to change, that's my point," he said.

"Certain things happen and are regarded as background noise. We have it in our minds that things like diabetes and heart disease are just a part of life, and cancer is regarded as a catastrophic thing that's highly noticeable," he said.

"We're sitting here feeling like theres' a period of calm when there's been a disruption [the COVID pandemic] that's causing a wave to come," Dr Califf said.

"Maybe it won't feel like a crash...but I think the numbers, when you look at them, it'll be pretty stark, and unless we don something, and unless we do something it will affect the wealthy and highly educated the least," he added.

"So the people who would notice and be motivated and capable [to change things] will be the least likely to do it unless they step out of their immediate circumstances. I hope we can get people motivated to make some changes here," he said.